Triangle $ABC$ is said to be similar to triangle $PQR$, written $\triangle ABC \sim \triangle PQR$, if and only if one of the following equivalent conditions is satisfied: 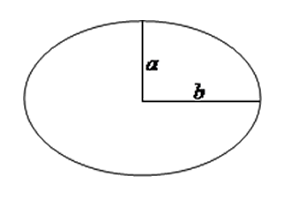 Two angles which have same angle are known as congruent angles.

b. Angles around a point 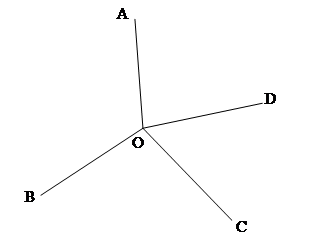 Angles which have a common side and common vertex (corner point) and which do not overlap are known as adjacent angles. Two angles are supplementary when their sum is equal to $180^\circ$.

Two angles are complementary when their sum is equal to $90^\circ$. 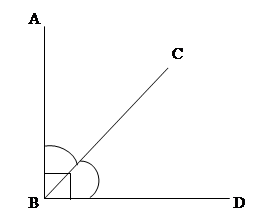 Problems in Plane and Solid Geometry - this e-book contains an enormous number of problems in geometry and goes far in advance of what is presented here.

High School Geometry - this series of videos from the Khan Academy will give you a solid grounding in geometry.

Introduction to Geometry - the first of a series of videos from MathFortress.