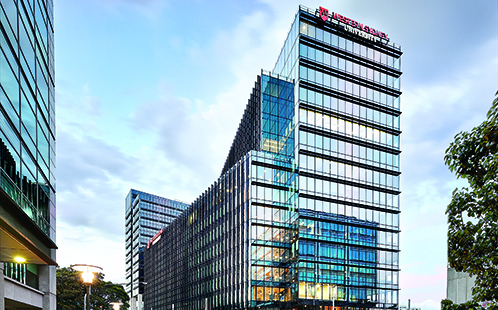 The University's Parramatta City campus has taken out the inaugural Western Sydney Leadership Dialogue's (WSLD) Project of the Year, at Boomtown! Infrastructure Summit.

Australia's first National Vegetable Protected Cropping Centre has launched this month thanks to a multi-million dollar joint initiative between Hort Innovations and Western.

An esteemed Western educator and engineering physicist has been announced as the recipient of the 2017 NSW Community Outreach to Physics Award by the Australian Institute of Physics (AIP).

Western was awarded a bronze medal at the 2017 NSW Tourism Awards, during a gala event in Sydney this month.

Hannah Dahlen is a Professor of Midwifery and Higher Degree Research Director in the School of Nursing and Midwifery. She has previously been named in the Sydney Morning Herald's list of 100 'people who change our city for the better'.

Dr Ahmed Moustafa is an integral part of the School of Social Sciences and Psychology, and MARCs Institue for Brain, Behaviour and Development, as well as a member of the advisory board of The Science Bridge (TSB).