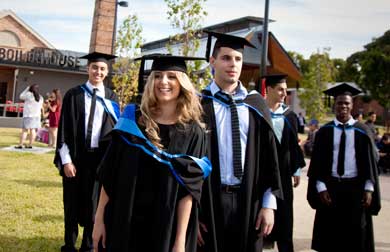 Thousands of students are donning caps and gowns this week as part of the University of Western Sydney's 2012 Autumn Graduation.

From Monday 16 April to Friday 20 April, more than 3,000 graduands will receive degrees in a wide range of disciplines including business, psychology, law, social and health sciences, engineering, humanities, education and nursing. 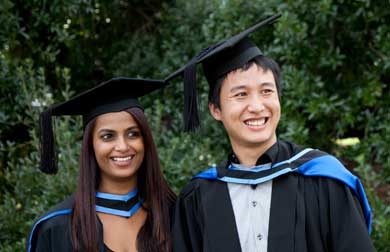 30 University Medals will be presented to students who achieved consistently high results throughout their studies.

An Honorary Fellowship will also be presented to Ian Wing, Manager, Education Development and Coordination, Nirimba Education Precinct, in recognition of his vast contributions to the field of education. 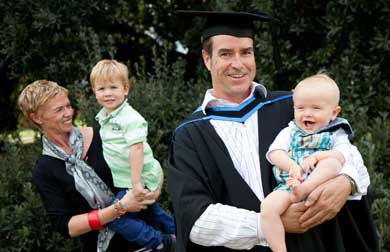 For the first time, members of the community will also be recognised as part of the UWS ceremonies – ‘UWS Community Awards’ will be presented to 17 recipients for contributions to the Greater Western Sydney region.

A highlight of each graduation ceremony is the Occasional Address. In April 2012, UWS graduands and their guests will have the opportunity to hear from a range of distinguished guest speakers:

GRADUATION TIMES:
Graduation ceremonies commence at 9:30am, 12 noon, 2:30pm and 5:00pm. Graduands are advised to arrive on campus to register no later than 90 minutes prior to the commencement of their graduation ceremony.