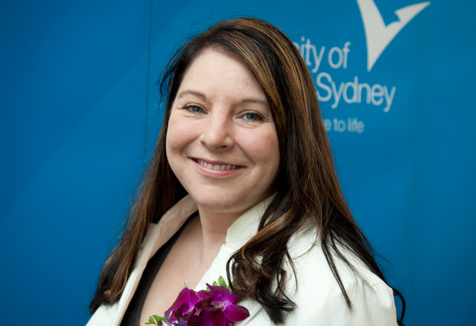 Rachael Haynes, a resident of the lower Blue Mountains, has been nominated for the 2013 Women of the West Award for her achievements in the field of psychology, and commitment to furthering the education and training of psychologists in the region.

Following the completion of a Masters degree in psychology and moving to Sydney from the United Kingdom, Rachael worked in a number of roles in western Sydney in the areas of employment and mental health services.

In 2009, Rachael opened her own private practice, White Rose Psychology in Penrith – a family-run business which serves an average of 100 clients each month.

Recognising the need for affordable psychological services in the region, particularly for low-income families, Rachael has ensured that many of the services are offered through White Rose Psychology are offered under the Medicare bulk-billing scheme – which is quite an unusual practice in the field of psychology.

White Rose Psychology services a diverse range of clients, including children, adolescents, adults, and older adults. To make the service as flexible as possible, appointments are offered both during the week and on weekends, and e-therapy treatments are also available.

Rachael often goes beyond what is usually expected of a psychologist to assist her disadvantaged clients. For example, offering her practical help or internet and phone resources to those who are sending job applications or searching for accommodation.

Rachael is keen to improve the knowledge of mental health issues within the local community. To this end, she recently hosted a ‘Think Well, Be Well’ seminar to coincide with National Psychology Week.

Rachael is a Psychology Board of Australia approved supervisor. She also provides offices for hire to a number of local professionals, including psychologists, rehabilitation consultants and naturopaths, and has assisted many in establishing their own practices.

“Rachael’s conduct in all her dealings as a professional psychologist is marked with kindness, compassion and drive for social justice... Rachel is continually looking for ways to serve clients better and make more services available and accessible. She is driven by a concern for improving the lives of her clients and gives priority to their wellbeing.”