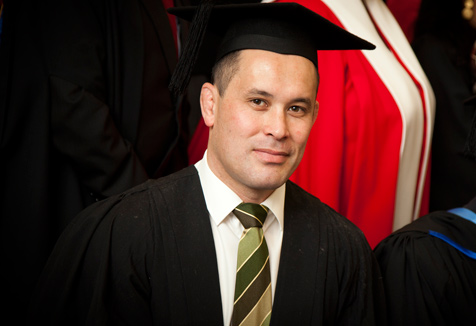 Morgan Endicott-Davies completed a Bachelor of Commerce in 1998 at UWS.

Judo has played a significant role in Morgan’s life, and has been a major influence, including providing him with the opportunity to represent Australia in the 81kg division at the Olympics in Athens.

In addition to his father being selected for the New Zealand national team in the 1980s, Morgan worked with his father to establish a judo club in Baulkham Hills, which is now operated by his personal coach, Rob Katz.

This Judo Academy runs every Tuesday night at the Olympic Park Indoor Sports Centre, and all money raised from the venture goes back into supporting and developing under-20’s athletes. Morgan’s passion behind the centre is about “giving something back to the sport that has given so much”.