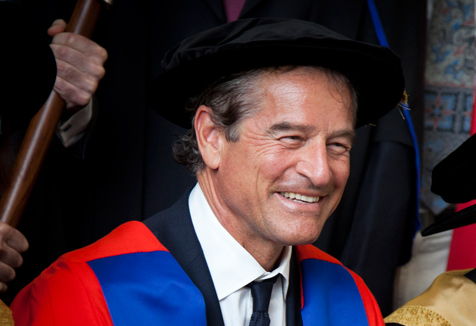 Leading Australian entrepreneur and talented translator of finance for the masses, Mark Bouris, has been recognised for his distinguished service with an Honorary Doctorate of Letters from the University of Western Sydney.

Mr Bouris established Wizard Home Loans in 1996 to challenge the big banks in the home loan market. Within eight years Wizard had expanded to 300 branches across Australia and New Zealand.

He sold Wizard to GE in 2004 and went on to establish Yellow Brick Road Wealth Management in 2007.

Mr Bouris, who grew up in Punchbowl, established Yellow Brick Road to bring first class financial advice to the suburbs.

He has also increased financial literacy through books, Wealth Wizard and The Yellow Brick Road to Your Financial Security, and a busy schedule of media commitments including writing columns for leading publications including Sydney Morning Herald, The Age, BRW, Real Living, Smart Property Investment and Business Spectator.

A respected and influential member of the community, Mr Bouris is a former trustee of Sydney’s Powerhouse Museum and chaired the Federal Government’ s expert group on consumer protection in electronic commerce which in 2000 recommended to the Minister a world-class code of conduct for Australian businesses operating over the internet.

Mr Bouris received his Honorary Doctorate of Letters, honoris causa, at the Spring Graduations held at the University of Western Sydney on Thursday 27 September.