Graphing is an important procedure used by scientists to display the data that is collected during a controlled experiment. The most common type of graph used in chemistry is a line graph.

The independent variable – this is the variable that is controlled by the person conducting the experiment. The variable is placed on the x-axis and usually includes measurements such as time, depth, temperature etc.

The scales for each variable – this is required in order to know where to plot the points representing the data. The scale should start with 0 and increase in intervals, for example, in multiples of 2, 5, 10, 20 etc. The scale of numbers will be dependent on the data values.

The legend – this is a short descriptive narrative about the graph's data.

As an example, let's take a look at the following data from an experiment involving measuring the pressure and volume of 1.000 g of O2 at 0o C.

From the data above, we can draw the following graph: 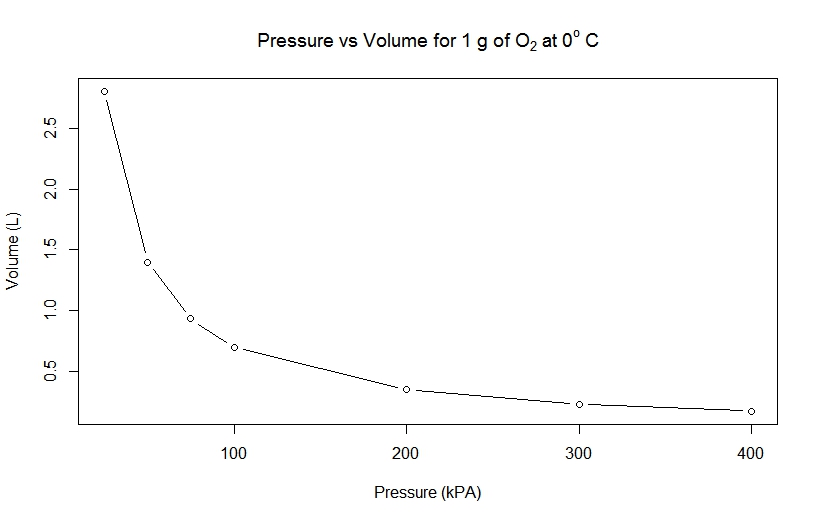