Basics of a Graph

Graphs, like equations, are a tool for working with relationships between two (or sometimes more) variables. A basic two-dimensional graph consists of a vertical and a horizontal line that intersects at a point called origin.

In simple line graphs, the x and y axes are each divided into evenly spaced subdivisions that are assigned to numerical values.

On the y axis, values above the origin are positive; below the origin, they are negative. 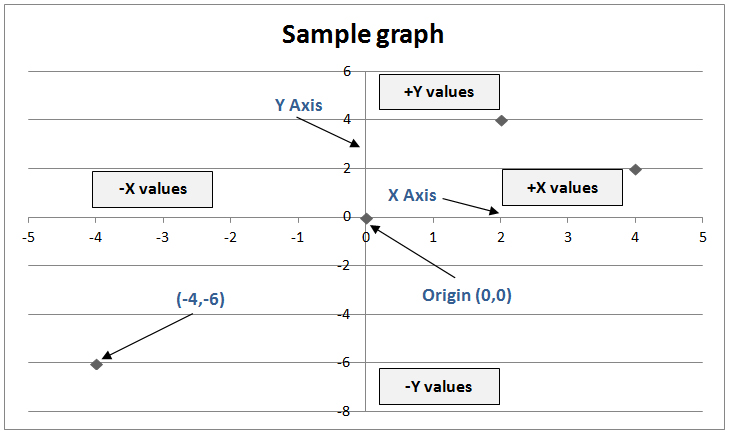