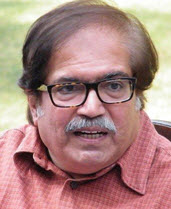 Tushaar Shah, an economist and public policy specialist, is a former Director of the Institute of Rural Management at Anand in India. Over the past 30 years, Shah's main research interests have been in water institutions and policies in South Asia, a subject on which he has published extensively. His notable contributions have been in comparative analyses of groundwater governance in South Asia, China and Mexico. More recently, his interests have lain in the comparative analyses of water institutions and policies across Asia and between South Asia and Sub-Saharan Africa. Shah has also worked extensively on energy-irrigation nexus in India. Shah was honoured with the Outstanding Scientist award of the Consultative Group of International Agricultural Research (CGIAR) in 2002. His most recent publication is Taming the Anarchy: Groundwater Governance in South Asia published by the Resources for the Future Press, Washington.

Shah is a Fellow of the Colombo-based International Water Management Institute, and works out of Anand in western India.

Role in the Project