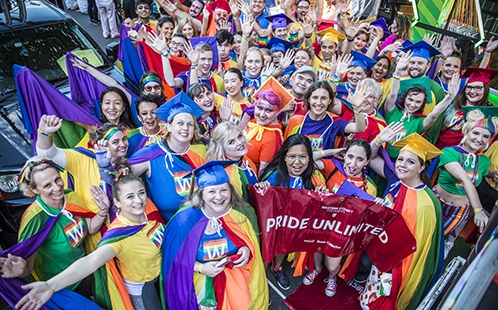 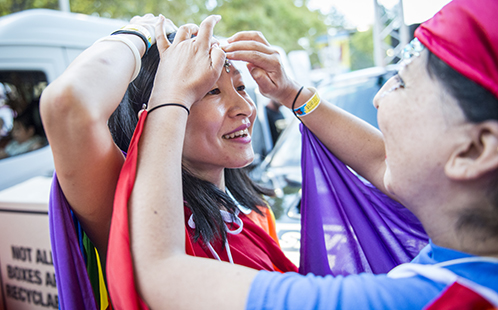 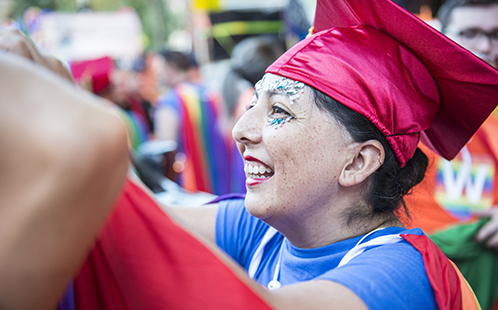 Western Sydney University has once again participated in the Sydney Gay and Lesbian Mardi Gras, held on Saturday, 2 March.

The parade, which has been running for more than 40 years, is an annual celebration and inclusive expression of lesbian, gay, transgender, intersex and queer (LGBTIQ) identity.

The University has taken part in the parade for five years, with the increased number of supporters and participants representing the University’s continuous growth. This year, more than 80 students, staff and alumni marched in support of the University’s LGBTIQ community.

Acting Vice-Chancellor and President, Professor Scott Holmes, said the University is strongly committed to equality and inclusion of LGBTIQ students, staff and alumni, and is proud to support diversity within the community.

“Western Sydney University is recognised as a sector leader in LGBTIQ inclusion and is one of the first Australian universities to introduce its own Sexuality and Gender Diversity Strategy,” said Professor Holmes.

Director of Equity and Diversity at the University, Professor Sev Ozdowski AM, said creating an educated community where everyone is welcome, equal and valued is of the utmost importance.

"Through regular participation in public events, such as Mardi Gras and running on-campus support programs such as the Ally Network, Western Sydney University is helping to build an inclusive community, both on and off campus,” said Professor Ozdowski.

Many of the Mardi Gras participants are members of the Ally Network and the Queer Collective, and are committed to creating an inclusive respectful culture for the LBGTIQ community at the University.