Lifestyle and herbal medicine effective in treatment of PCOS 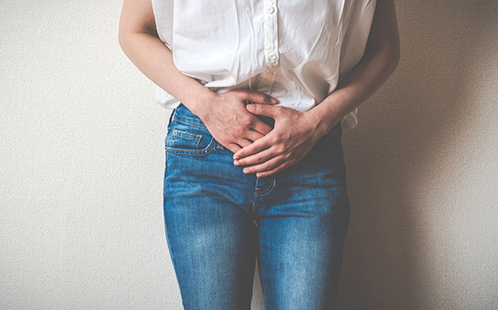 Scientists at NICM, Western Sydney University have found significant improvements in the treatment of polycystic ovary syndrome (PCOS) symptoms in overweight women by combining lifestyle interventions such as diet and exercise with a novel herbal formulation.

The research, published in the journal Phytotherapy Research was also presented at the Fertility Society of Australia Annual Conference 2017 in Adelaide and the European Society of Human Reproduction and Embryology (ESHRE) Annual Meeting in Geneva.

The study involved 122 women aged 18-44 years with a confirmed medical diagnosis of PCOS from across NSW, QLD and VIC.

A common, under recognised and increasingly prevalent hormonal disorder, PCOS affects one in five young Australian women and one in four Australian Indigenous women.

“Lifestyle modification is the current first line-intervention, however as many as seven in 10 women with PCOS use additional complementary medicine and approximately two out of five use herbal medicine –hence, we sought to test the most commonly used herbal interventions,” said lead author and NICM adjunct research fellow Dr Susan Arentz.

“We conducted a randomised controlled trial over three months to determine the clinical effectiveness of combining a herbal medicine treatment with a lifestyle intervention, compared with lifestyle alone for improved menstrual regularity in overweight women with PCOS,” said Dr Arentz.

Participants in both groups improved, however women in the group receiving herbal medicine and lifestyle intervention reported a greater improvement in menstrual regularity (32.9 per cent).

The average menstrual cycle length was 43 days shorter in the combination group compared to those in the lifestyle only study group, with over half (55 per cent) completing the trial with normal menstrual length (23-34 days) against 24 per cent in the control group.

Gynaecologist and co-supervisor on the trial, associate professor Jason Abbott from UNSW Sydney, says PCOS may affect both fertility and long-term health including an increased risk of some cancers and the disease needs to be treated throughout a woman’s life.

“Many women do not want to take medications or may have considerable side effects from medications and a scientific approach that utilises lifestyle changes and effective complementary and alternative medications is more suited to the changing needs of a woman with PCOS,” says associate professor Abbott.

“This trial demonstrated that this combination of approaches may alter the gynaecological outcomes for women to improve fertility and may have more long-term effects including a risk-reduction for cancer by normalising the menstrual cycle,” he says.

The lifestyle intervention was guided by the evidence-based guidelines for the management of PCOS as dietary and exercise behaviours that induce weight loss or prevent weight gain.

The researchers acknowledge the support of NICM, Western Sydney University, the School of Women's and Children's Health, UNSW Sydney, with the products provided by MediHerb (Integria Healthcare Australia).

Further confirmation of these findings will be important. Future studies with placebo controls will examine the specific clinical effects of each component of the intervention and the sustainability of the outcomes.

You can download the paper here (opens in a new window).