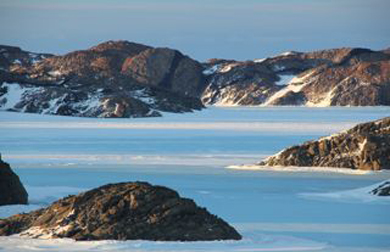 The 2012 Guy Morrison Prize for Literary Journalism has been won by University of Western Sydney Doctoral candidate and 2011/12 Antarctic Arts Fellow Jesse Blackadder for her piece ‘The first woman and the last dog in Antarctica’.

Jesse travelled to Antarctica to research her novel about the first women to reach the icy continent. Along the way she encountered eight metre waves, legendary Antarctic dogs, missing artifacts, conspiracy theories of exploration and a continent with a history of being off-limits to females.

Her article, looking at the real life history behind the novel, explores the lost stories of the earliest women to travel to Antarctica, including those who applied unsuccessfully to join the great expeditions of the heroic era – including those of Mawson, Scott and Shackleton.

“From her glorious opening paragraph, which immediately captivated me, Jesse Blackadder has produced a spirited, beautifully written and structured story, bringing to light the history of the first women to reach Antarctica,” says 2012 judge, Fairfax journalist Nikki Barrowclough.

“Jesse’s research is superb and wide-ranging – who knew that in 1937, 1300 women applied to join the proposed British Antarctic Expedition?

“I loved the intriguing nuggets of information she unearths for what is also an enchanting piece of investigative journalism.”

Jesse's Doctoral supervisor, Professor Gail Jones, from the UWS Writing and Society Research Centre, says Jesse has taken an enormously complex field of historical research and crafted it into a fiction narrative of compelling interest, as well as this article about her research process.

“Jesse writes with clarity, enthusiasm and irrepressible good humour. This is unusual work, both for its ambition and its excellence,” says Professor Jones.

The Guy Morrison Prize for Literary Journalism was presented at the Sydney Writers Festival on Friday 18 May.