With a renewed public interest in food and cooking among young Australians, hundreds of high school students will be given a rare peek into the industry when they are given a young steer to nurture throughout the year as part of the University of Western Sydney's 2012 UniSteer Challenge.

The students of 15 schools, from Lane Cove to the Blue Mountains, have been entrusted with a Poll Hereford steer for three months in preparation for public appearances at the Hawkesbury Showground and the Central Coast Prime Beef Show, before the final farewell at the meat processors.

Organiser Stephen Blunden, says it's a great way for high school students to learn about agriculture.

"The UniSteer challenge is a practical way for students to get a feel for animal care and agriculture, which many young children in a big city don't receive nowadays," he says.

"We want children to learn how to value food, and to understand the effort and commitment it takes to bring good quality food from the paddock to the plate." 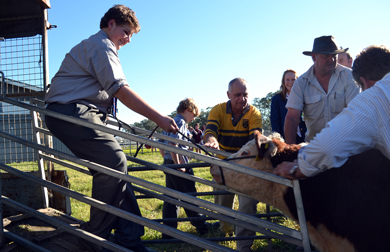 On May 8, students participated in a ballot at the UWS Hawkesbury campus, to determine which steers they will groom, feed and shelter for the next 100 days.

Once the animals have grown they will be reunited to publically compete for awards in several categories, including steer weight gain, best groomed steer and parading.

The school teams will also be judged on their herdsman skills, with this part of the competition concentrating on the students' knowledge and care for the animal, and the stall environment provided for the cow and its associated equipment.

The students will also begiven the chance to show their new skills by assessing other steers in the competition. The "student judges" are themselves assessed by professionals on their knowledge, confidence and presentation skills. 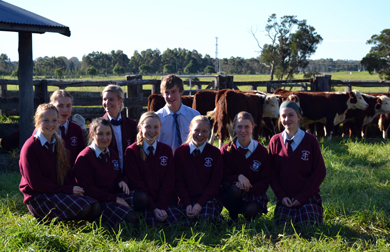 The participating schools in this year's UniSteer challenge include: