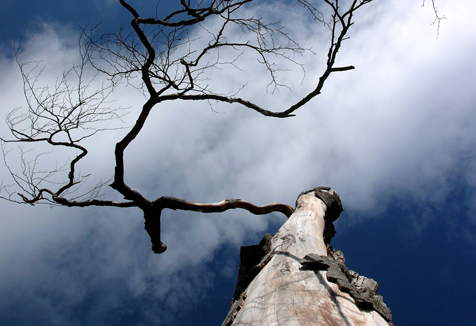 Beneath the bark of the world's trees pulses a finely tuned system that transports billions of litres of water to the skies every day. This plant hydraulic system depends on a unique but unstable mechanism that is continuously challenged by environmental stress.

New research in the current issue of Nature, lead by the University of Western Sydney and Ulm University in Germany, has found most trees worldwide, even those in rainforests, operate day-to-day very close to their hydraulic safety threshold leaving them highly vulnerable to drought.

Drought is one of the major forces shaping our forest ecosystems. Over the last century, drought has been responsible for many incidences of large-scale forest dieback around the world.

The latest findings provide insight into why drought-induced forest decline is occurring not only in arid regions but also in wet forests not normally considered at drought risk.

Lead author on the Nature paper, Dr Brendan Choat, from the UWS Hawkesbury Institute for the Environment, says seventy percent of 226 forest species from 81 sites in the worldwide study operate with narrow hydraulic safety margins against potentially deadly levels of drought stress.

"We found safety margins are largely independent of mean annual precipitation, illustrating global convergence in the vulnerability of forests to drought, with all forest types equally vulnerable to 'hydraulic failure' regardless of their current rainfall environment," says Dr Choat.

He says trees take this 'risky' hydraulic strategy in a trade-off that balances growth with protection against the risk of mortality.

To make effective predictions of how the forest landscape may change in a future of changing climate Dr Choat says we need to first understand the physiology of the plants.

"One of the main problems that plants face during drought is to keep their 'plumbing' working," says Dr Choat, a plant physiologist.

"In order to take up carbon dioxide for photosynthesis and to cool their leaves, plants must transpire very large amounts of water every day. Water is absorbed from the soil and transported through a network of thread-like pipes that connect the roots to the leaves," says Dr Choat.

The hydraulic pipeline is vulnerable and can break down during drought because of the development of 'air embolism'. As soil dries, the water in these pipes comes under a large tension that can cause breakage of the 'liquid threads' inside the plumbing system. This causes an air blockage, similar to the embolisms that can block the human circulatory system. As drought stress increases, even more gas accumulates in the system until the plant desiccates and dies.

Vulnerability to embolism was known to be one of the main factors determining drought effects on tree health. However, plants vary dramatically in their tolerance of drought induced embolism, making predictions of how forests might be altered more difficult. 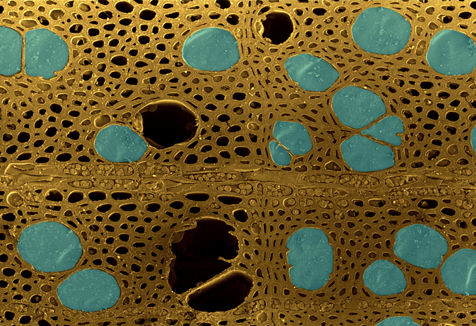 The researchers found that, as expected, species growing in wet forests were less resistant to embolism than those growing in arid areas. However, when vulnerability to embolism was compared to the moisture conditions typical for each species it emerged that most trees currently operate very close to their hydraulic safety threshold leaving them highly vulnerable to drought.

"While plants vary greatly in their embolism resistance, we found their vulnerability to drought is the same across all forest types," says Dr Choat.

For trees, and the planet, the consequences of longer droughts and higher temperatures are potentially dramatic. For example, rapid forest collapse via drought could convert the world's tropical forests from a net carbon sink into a large carbon source during this century. This could lead to dramatic changes in the makeup of our forests and a loss of biodiversity.

However, Dr Choat says the results of the study do not necessarily predict forest Armageddon.

"A forest may respond to climate change in a number of ways. For instance, some species may be able to evolve quickly enough to keep pace with a changing climate in one location, while others may spread into new locations, tracking their preferred conditions.

"Survival is largely dependent on species having enough time to respond to changes in the environment. The new data set will be useful to better predict the balance between a declining or a healthy forest. It will also provide a better understanding of which species are likely to persist and which are likely to suffer and potentially disappear," Dr Choat says.