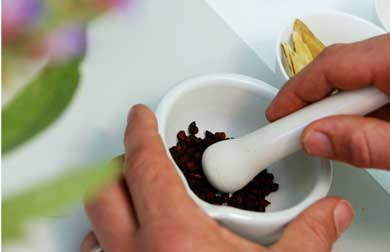 Women with polycystic ovary syndrome are invited to join a new clinical trial evaluating the potential benefits of herbal medicine, diet and exercise.

The University of Western Sydney’s Centre for Complementary Medicine Research (CompleMED) is recruiting women aged 18 to 44 who are overweight or obese and have been medically diagnosed with polycystic ovary syndrome (PCOS) – a disorder which is believed to affect up to 21 percent of Australian women.

“Dietary changes and exercise are first line interventions for women with PCOS, but sticking to lifestyle changes can be difficult and there is limited evidence for them improving reproductive outcomes,” says Associate Professor Smith.

“Some herbal medicines have shown potential as treatments for PCOS due to their physiological effects on the reproductive, endocrine and central nervous systems. However, randomised clinical trials are essential to clearly establish the effectiveness of these medicines.”

Gynaecologist and co-supervisor on the trial, Associate Professor Jason Abbott from the University of NSW, says PCOS is a major cause of subfertility for women and has long term effects for their general health.

“Strategies that integrate a variety of methods to improve health are likely to have a greater impact than a single treatment – particularly when non-drug treatments and lifestyle changes are included,” says Associate Professor Abbott.

“Since many women already use herbal medicines, it is important that we test these in the same rigorous way that we would assess any new drug – after all, plants form the basis for many of our most effective drug treatments,” he says.

While PCOS has a direct impact on women’s fertility and reproductive health it also significantly increases the risk of diabetes and cardiovascular disease.

Up to 75 percent of women with PCOS have underlying metabolic disease including insulin resistance and hyperinsulinaemia – too much insulin in the bloodstream.

The consequences of PCOS on women’s health and wellbeing are profound.

Celia was diagnosed with PCOS in her late 20s. She had suspected something was wrong for some time. She had irregular periods and says she “never got into a cycle of understanding her own body”.

Despite the warning signs, the diagnosis was still a shock.

“You can feel isolated and scared when you first get the diagnosis,” says Celia. “My doctor told me I should try to have kids as soon as possible as having PCOS could dramatically decrease my chances of falling pregnant in my 30s.” “On reflection it would have been great to have information which demystified PCOS and support from women also experiencing it which would help me adjust or ‘normalise’ my condition. Knowledge is power,” says Celia.

“All women joining the trial will have support right through the study with the opportunity to informally share stories with women also experiencing PCOS,” says Ms Arentz.

“Trial participants will be asked to bring previous medical test results and a letter from their GP confirming their diagnosis.  A questionnaire completed by participants and key health measurements, such as their blood pressure and heart rate, will help determine their suitability for the exercise regime,” says Ms Arentz. All trial participants will join small weekly exercise classes at UWS supervised by an exercise physiologist. An additional three structured, but unsupervised, exercise sessions are completed at home each week.

Some trial participants will also take herbal medicines and will have a half hour consultation with a naturopath every four weeks. These women will be required to take four herbal tablets per day.

All women in the trial will receive dietary advice and guidance to encourage healthy eating and will be monitored closely.

To participate in the trial or for more detailed information contact Susan Arentz.

This study has been approved by the University of Western Sydney Human Research Ethics Committee. The approval number is H9407.