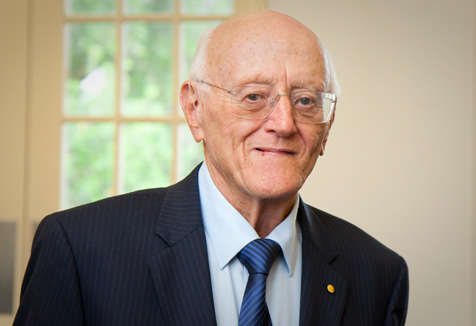 Mr Neil James Inall has served the Greater Western Sydney region for many years with his dedication and commitment to the Hawkesbury region.  Mr Inall was a high performing Agriculture student at the UWS Hawkesbury Campus from 1955-1957, then a student in the extension course in 1975.  Since that time, he has had a long career in producing radio and television programs for the ABC and Channel 7, and was co-founder of Cox Inall Communications.  Neil has continued to voluntarily serve the community on various Boards, and chaired the committee which organised the Feeding Sydney Conference held on our Hawkesbury Campus 3 years ago. Neil is an ambassador for the Hawkesbury region, bringing knowledge to life in the Hawkesbury and acting as a vital link between the University and the community. Today we thank and honour Mr Neil Inall for his passion, commitment and ongoing service to the Greater Western Sydney region.