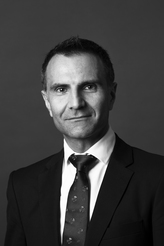 Angelo Kourtis has been a member of the Western Sydney University community since 1986, as a student, graduate and member of staff. Angelo has held a number of senior roles at the University including Executive Director of Public Affairs & Partnerships and Pro Vice-Chancellor (Students). He was appointed to his current role of Vice-President (People and Advancement) in March 2015.

Angelo conceived and established the student lifecycle strategy at Western Sydney University, revealing invaluable insights into the 'journey' students embark on when aspiring to higher education and beyond. He pioneered the concept of the 'Citizen Scholar' and led the establishment of 'The Academy' at the University.

Angelo was the architect of the University's recent rebranding strategy which has attracted national and international critical acclaim. The Unlimited campaign, which gives voice to the journeys of Western Sydney University graduates Deng Adut, Melissa Chiu and Jay Manley, has amassed over 5 million views on YouTube and other social media channels. The campaign has received multiple accolades, including the Silver Lion at the world-renowned Cannes Lions International Festival of Creativity and was named 'Ad Campaign of the Year' by Mumbrella, Australia's leading advertising awards body.

Angelo continues to lead the University's multi-faceted branding program including content, digital and experience strategies.  He has been integral in integrating these strategies into student admissions and enrolment to help enhance student engagement and improve the overall student experience.

Angelo has presented at numerous conferences and seminars, nationally and internationally, on the importance of integrating principles of the student lifecycle into corporate decisions and processes. Recently he co-authored a chapter on the concept of 'The Citizen Scholar' in James Arvanitakis and David J. Hornsby's 2016 Universities, The Citizen Scholar and the Future of Higher Education.