Professor Barney Glover AO assumed his position at Western Sydney University in January 2014. Professor Glover is currently the Australian Government representative on the University of the South Pacific Grants Committee, Convenor of the NSW Vice-Chancellor’s Committee, and Chair of the Quality Indicators for Learning and Teaching Working Group – which advises the Commonwealth Department of Education, Skills and Employment. He holds current appointments as a board member of AARNet – Australia’s Academic and Research Network, the NSW Innovation and Productivity Council, the NSW Arts and Culture Advisory Committee, Westpac Scholars Ltd which is trustee for the Westpac Scholars Trust, the Study NSW International Education Advisory Board, the Powerhouse Capital Campaign Committee, Bradfield Board of Governors, and NUW Alliance – a collaboration between four research-intensive Australian universities. In addition, he is a member of the Australian Government’s University Foreign Interference Taskforce Steering Group, and Lead Vice-Chancellor (Corporate) for Universities Australia. Professor Glover is an Officer of the Order of Australia (AO), a Fellow of the Academy of Technological Sciences and Engineering (ATSE), a Fellow of the Royal Society of NSW (FRSN), and a Member of the Australian Institute of Company Directors (MAICD). Professor Glover’s esteemed career includes significant expertise and experience at the most senior levels of university management and substantial business leadership credentials. He has also served on the boards of a range of corporate organisations and several state and national centres covering areas such as health and medical research, energy, mineral exploration, and telecommunications. 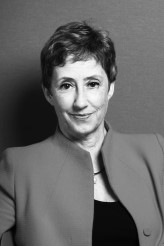 Professor Clare Pollock is the Senior Deputy Vice-Chancellor and Provost at Western Sydney University. The role offers leadership and responsibility across twelve academic schools, The College, The Whitlam Institute, University Secretary and General Counsel. The Office also supports Indigenous Leadership at the University.

Prior to joining Western Sydney University in June 2021, Clare was Senior Deputy Vice-Chancellor and Deputy Vice-Chancellor (Students) at Flinders University, also holding a number of senior leadership roles at Curtin University, including as Associate Provost, Chair of Academic Board and Head of the School of Psychology and Speech Pathology. Clare also has external leadership roles in her profession, in higher education and as a non-executive Director for a number of government, professional and community boards.

Originally from the United Kingdom, Professor Pollock graduated from Oxford University and the University of London with a PhD in Psychology. Her research career has focused on how psychology can be applied to improve safety, especially when it comes to people’s use of technology. 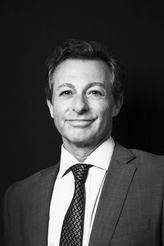 Professor Simon Barrie is the Deputy Vice-Chancellor (Academic) at Western Sydney University. He is responsible for the leadership of strategic educational innovation and collaboration to shape the University's commitment to ensuring its students fulfill their potential to become influential global citizen-scholars in a new technology-enabled world.  His expertise is in innovatively engaging university communities to deliver new ways to enact the 'idea of the university' in a rapidly changing world. Professor Barrie has worked in the field of Higher Education for 25 years and is an award-winning teacher with an international reputation for his research on the transformative potential of higher education. Professor Michelle Trudgett is an Indigenous scholar from the Wiradjuri Nation in New South Wales.  Michelle currently holds the position Deputy Vice-Chancellor (Indigenous Leadership) at Western Sydney University. Prior to this appointment she served as the Pro Vice-Chancellor Aboriginal and Torres Strait Islander Education, Strategy and Consultation at Western Sydney University, Inaugural Director of the Centre for the Advancement of Indigenous Knowledges at the University of Technology Sydney, and was previously the Head of Indigenous Studies at Macquarie University. In 2018, Michelle received the highly prestigious National NAIDOC Scholar of the Year Award, additionally she was also awarded the Neville Bonner Award for Teaching Excellence. 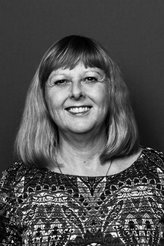 Professor Deborah Sweeney is the Deputy Vice-Chancellor (Research, Enterprise and International) at Western Sydney University. She provides leadership and guidance to achieve the University’s strategic priorities for research and innovation and focusses on quality assurance and enhancement. In addition, she is responsible for supporting the research portfolios within the Schools and Institutes.

Her major research area has been corneal physiology, her work has been instrumental in developing an understanding of the physiology of the human cornea and the effects of contact lens wear and refractive surgery on corneal function characteristics and the development of alternative forms of vision correction. Deborah has published over 100 refereed articles and several book chapters, and is co-inventor on two patents. Peter Pickering was appointed Chief Financial Officer in August 2011, Vice-President (Finance and Resources) in January 2015, and Senior Vice-President in January 2023. Prior to this he was the Director of Finance, having joined Western Sydney University in November 2009.

Peter has enjoyed an extensive and varied career in a variety of senior management positions with major Australian and international corporations. Prior to joining Western Sydney University, he spent 15 years in the telecommunications industry, primarily with Telstra but also with international joint ventures in Korea and Indonesia working with NTT, Sumitomo, Indosat and Pohang Iron and Steel. Angelo Kourtis has been a member of the Western Sydney University community since 1986, as a student, graduate and as a member of staff. He held a number of senior marketing roles before being appointed to the position of Pro Vice-Chancellor (Students) in October 2011 and Vice-President, People and Advancement in March 2015.

Angelo conceived and established the student lifecycle strategy at the University, revealing invaluable insights into the 'journey' students embark on when aspiring to higher education and beyond. He pioneered the concept of the 'Citizen Scholar' and led the establishment of 'The Academy' at the University, and he was the architect of the University's recent rebranding strategy which has attracted national and international critical acclaim. Angelo is a member of the Executive team and is the Deputy Chair of The College Board. 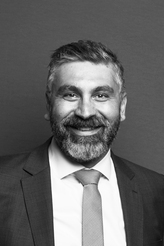 Bill Parasiris is currently appointed as the Vice-President, Infrastructure and Commercial. Bill leads the team who is responsible for the strategic planning and operational management of its built environment and infrastructure, campuses, operations, properties (both owned and leased) and related services and management of the University’s broader built footprint. They also manage the strategic environmental planning, management implementation and development of the sustainability agenda, in line with the University’s strategic goals. He is currently overseeing the University’s Western Growth program of work, a large-scale transformative initiative in higher education that will deliver the highest quality educational opportunities and world-class research expertise to Australia’s fastest growing region, whilst enhancing the University’s corpus and creating a legacy for Western Sydney’s staff and students for years to come. 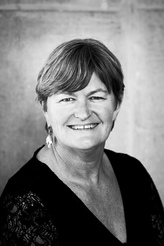 Distinguished Professor Annemarie Hennessy is the Dean of Medicine at the School of Medicine and currently holds the position of Foundation Professor of Medicine as well. She is an active obstetric and renal physician based at the Campbelltown Hospital.

Annemarie has a research interest in high blood pressure in pregnancy and has active research collaborations with Universities and hospitals in Sydney, Canada and the USA.

Annemarie graduated from the University of Queensland in 1985 (MBBS), the University of Sydney in 1997 (PhD) and she has Fellowship of the Royal Australian College of Physicians (FRACP, 1992) and an MBA from the Australian Graduate School of Management (2004). She has held positions in hospital management, clinical service delivery planning and workforce and vocational training with the NSW Department of Health. Annemarie has been a long term advocate for quality post-graduate training and she has taught medical students since 1997. Professor Stout has a long history of research, teaching and practice in Australia, Europe and South Africa. His most recent book is ‘Community Justice in Australia’ and has carried out research in Australia into interventions with children and young people facilitated by Juvenile Justice, FACS and other agencies. He has a long record of teaching and research in criminal justice, youth justice, probation and social work. Professor Stout has been involved in developing and delivering training and education for criminal justice professionals in the UK and South Africa and participated in a number of European criminal justice social work projects. His research has included child justice diversion in South Africa and sex offender public disclosure schemes in the UK.

Professor Stout is an experienced academic leader, recently holding the roles of Deputy Dean and Director Academic Programs for Social Work. He is a Fellow of the Higher Education Academy, UK. Professor Kate Stevens, a cognitive scientist, is the STEM Cluster Pro Vice-Chancellor and Director of MARCS Institute for Brain, Behaviour & Development at Western Sydney University. MARCS, a flagship research institute at Western, investigates humans interacting with each other, their environment, and with technology. She holds BA (Hons) and PhD degrees from the University of Sydney and is a Fellow of the Royal Society of New South Wales.
Kate conducts basic and applied research into the learning, perception, creation, and cognition of complex actions. She also applies methods from experimental psychology to investigate human-machine interaction (e.g., design/evaluation of auditory warnings; human-avatar and human-robot interaction).
Kate is author of more than 200 peer-reviewed papers. She is Editor-in-Chief, Music Perception (University of California Press) and Professor in Psychology at Western Sydney University 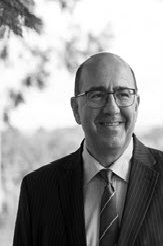 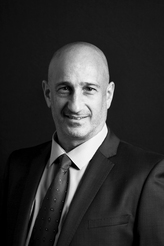 Professor Kolt has an academic background that spans several disciplines including psychology, physiotherapy, and education. He holds a PhD in Psychology, is a Registered Psychologist, and has worked extensively in academic, research, and practice settings in Australia and New Zealand. His research achievements are recognised internationally with around $5.75 million of external research grant funding and the publication of several books and book chapters, and over 180 journal publications (Scopus H-Index 40, Google H-Index 56).

Professor Kolt has been awarded Fellowships of the Royal Society of New South Wales, the American College of Sports Medicine, the Australian Sports Medicine Federation, and the Asian-South Pacific Association of Sport Psychology.

Professor Kolt is a recognised senior academic leader and manager with extensive experience in University settings, including achievements in significant change and growth processes. He has leadership experience spanning the broad health science, human science, and other science disciplines. He is Chair of the Council of Academic Public Health Institutions Australasia, an Executive Member of the Australian Council of Deans of Health Sciences, and Chair of the Board of Directors for Sports Medicine Australia. Professor Anna Cody is a Harvard graduate with a distinguished background in human rights law and legal education. She joined Western Sydney University as Dean of the School of Law from the University of New South Wales, where she was an Associate Professor and Director of the Kingsford Legal Centre, responsible for the Centre’s management and teaching programs as well as other law courses in the Faculty.

Professor Cody also holds Board appointments with the National Association of Community Legal Centres and Legal Aid Commission NSW, and has previously held roles as Chair, Community Legal Centres NSW and Deputy Chair, NSW Legal Assistance Forum. She has won numerous awards including: for teaching and research from UNSW; an Australian Universities Teaching award in the Law and Legal Studies section; a citation for Outstanding contribution to Student Learning in the Australian Awards for University Teaching; the 2007 NSW Women Lawyers’ Association community lawyer award; and the 2016 Australian Human Rights Commission Law award.