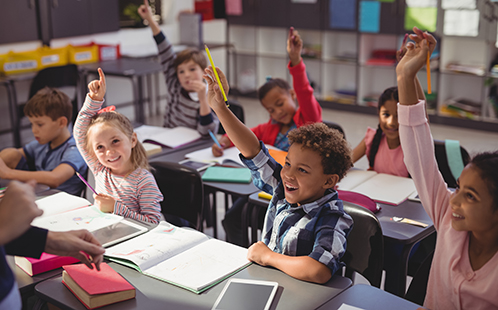 Western Sydney University has undertaken pioneering research into multilingualism in Western Sydney classrooms. This innovative and systematic study is one of the first of its kind. The findings suggest that actively involving teachers and students as core-researchers of students’ language and literacy practices improves confidence and enhances learning outcomes in some of the Australia’s most culturally and linguistically diverse classrooms.

According to lead researcher, Dr Jacqueline D’warte from the School of Education at Western Sydney University, educational practice must go beyond celebrations of cultural and linguistic difference to build on and enhance students’ multicultural, multilingual knowledge and skill.

“As one of Australia’s most socioeconomically, linguistically, and culturally diverse regions, Western Sydney offers ideal conditions to study multilingualism in the classroom. Many teachers are looking for ways to place their students’ cultural and linguistic flexibility at the centre of teaching and learning,” said Dr D’warte.

Combining linguistic ethnography and design research, the most recent study involved teachers and students in classes from Years 1–6. A significant proportion of students were identified as learning ‘English as an Additional Language/Dialect’, and between 76–99% of students were from ‘Language Backgrounds Other Than English’. Nine to 17 languages were spoken by students in each classroom.

“With this new approach, learning moves away from focusing on what was limited or lacking for students who are English as an Additional Language or Dialect Learners or from migrant and refugee communities, to using students’ knowledge and skill as a starting point for learning,” said Dr D’warte.

“Teachers were surprised by the variety and frequency of students’ language use, their multimodal translating and language brokering. They reported an increase not only in students’ confidence but also in their own ability to build on home language learning and reimagine the curriculum for 21st century classrooms."

Cross-curriculum lessons continued to build on student interest, knowledge, and experience. “One teacher noted that students were excited about being researchers, and this easily became the subject of maths, science, and even history lessons”.

The disclosure of previously unknown information was also common across classes. It included, for example, the disclosure of Aboriginal identity, enhanced multilingual capacity, and high-stakes translation experiences across contexts.

Australia is one of the most super-diverse nations in the world. Recent census data revealed that 49% of Australians were either born overseas or have at least one overseas-born parent. Australia’s 120 surviving Indigenous languages are joined by more than 300 languages spoken by 21% of Australians who speak a language other than English at home.

The research was conducted in collaboration with the NSW Department of Education.