Eating a healthy diet can ease symptoms of depression 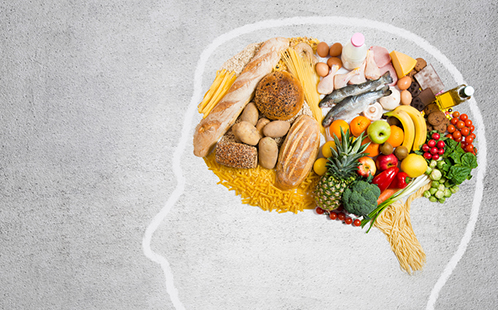 An analysis of data from almost 46,000 people has found that weight loss, nutrient boosting and fat reduction diets can all reduce the symptoms of depression.

The study, led by Dr Joseph Firth (opens in a new window), Senior Research Fellow at NICM Health Research Institute, Western Sydney University and Honorary Research Fellow at The University of Manchester, combined data from 16 randomised controlled trials that examined the effects of dietary interventions on symptoms of depression and anxiety.

The findings, published today in Psychosomatic Medicine (opens in a new window) by the international team of researchers from Australia, Brazil, Canada, Italy and the UK, provide evidence that dietary improvement significantly reduces symptoms of depression.

“Our analysis of the overall evidence shows that adopting a healthier diet can boost peoples’ mood. However, it has no clear effects on anxiety,” said Dr Firth.

“The evidence so far mostly shows that eating healthier reduces mild depression in the general population. Future research should now focus on the effects of dietary interventions in people with clinically-diagnosed psychiatric conditions.”

The study also found that all types of dietary improvement appeared to have equal effects on mental health, with weight-loss, fat reduction or nutrient-improving diets all having similar benefits for depressive symptoms.

“This is actually good news” says Firth; “The similar effects from any type of dietary improvement suggests that highly-specific or specialised diets are unnecessary for the average individual.

“Instead, just making simple changes is equally beneficial for mental health. In particular, eating more nutrient-dense meals that are high in fibre and vegetables, while cutting back on fast-foods and refined sugars, appears to be sufficient for avoiding the potentially negative psychological effects of a ‘junk food’ diet.”

Dr Brendon Stubbs (opens in a new window), co-author of the study and Clinical Lecturer at the NIHR Maudsley Biomedical Research Centre and King’s College London, added: “Our data add to the growing evidence to support lifestyle interventions as an important approach to tackle low mood and depression. Specifically, our results within this study found that when dietary interventions were combined with exercise, a greater improvement in depressive symptoms was experienced by people. Taken together, our data really highlight the central role of eating a healthier diet and taking regular exercise to act as a viable treatment to help people with low mood.”

Co-senior author and Deputy Director at NICM Health Research Institute, Professor Jerome Sarris (opens in a new window) added: “The findings here demonstrate the potential impact which healthier diets could have on mental health across the nation. Given the prevalence of both poor diet and depression across the globe, more research on how these two are related could produce new understanding on how to improve population health.”

Co-senior author Professor Felice Jacka (opens in a new window), Director, Food and Mood Centre, IMPACT SRC, Deakin University further added: “The evidence for diet and nutrition as being of relevance for mental and brain health, as well as physical health, is growing rapidly. Given that poor diet is now a leading cause of early death across the globe, and that mental disorders account for one of the leading causes of disability, the fact that they are linked has important implications for policy makers and clinical care.”

The research paper can be accessed online (opens in a new window).