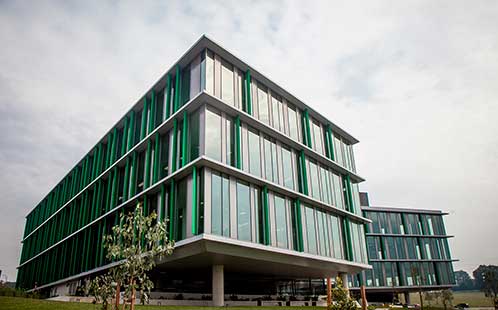 The corridors, confirmed today by the Minister for Western Sydney, Stuart Ayres, and the Minister for Roads, Melinda Pavey, will see the University’s cluster of campuses at Kingswood and Werrington linked by rail to the Western Line and Airport, which is set to open in 2026.

An early supporter of the airport at Badgerys Creek, the University has, in recent years, been concentrating specialist teaching and research expertise aligned to the planned Aerotropolis at its Kingswood and Werrington sites.

“The Airport and Aerotropolis present this region with a vital opportunity to catalyse our transformation into a knowledge economy”, said Professor Glover.

“We have been making significant investments in these disciplines and the 8,000 students the campuses currently support, precisely because of the opportunity the Airport presents the region.”

“We commend the Government for this early clarification on a key aspect of the Western Sydney City Deal”, Professor Glover concluded.

The University’s Werrington Campus is home to the Werrington Corporate Centre and innovative Launch Pad startup incubator, established in partnership between Western Sydney University and the Federal Government.

Assistant Vice-Chancellor Dr Andy Marks commented “In just three years - without any transport connection - the University’s Werrington Corporate Centre and Launch Pad have generated over 400 knowledge jobs. Imagine what is possible when sites like this are linked to the Sydney rail network and, very importantly, its largest infrastructure project and fastest growing region.”