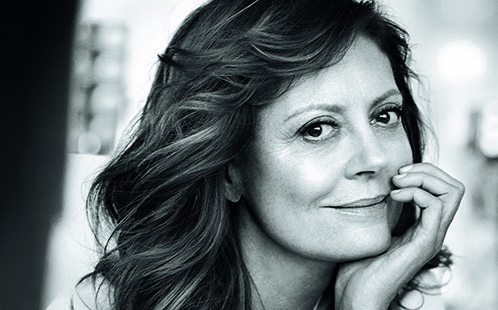 Academy Award winner Susan Sarandon will be a special guest at Western Sydney University, when she appears at TropTalks (opens in a new window) from 13-16 February 2018.

TropTalks – presented by Western Sydney University – is Tropfest’s ideas and education program. During a series of events, to be held at the University’s Parramatta City and Sydney City campuses, leading innovators and creators will discuss and debate contemporary topics shaping the screen industry today.

“We are thrilled to be hosting Susan Sarandon for our second year of TropTalks, not only because of her stature as an award-winning actress but also because of her commitment to social and political good,” says Vice-Chancellor, Professor Barney Glover.

“I have no doubt Ms Sarandon will be an inspiring participant on the TropTalks panel for our students and the industry widely, and look forward to welcoming her to Western Sydney University.”

Susan Sarandon is head of the 2018 Jury for Tropfest. At TropTalks, she will lead the talk ‘Adaptation: Bringing Stories to Life’ on 16 February at the Parramatta City campus.

TropTalks is part of a week-long extravaganza of events which will culminate with the Tropfest main event on Saturday 17 February at Parramatta Park.

The University is committed to the creative industries, offering students a range of related degrees including a Bachelor of Screen Media, and brand new state of the art facilities at our Parramatta South campus.