Step back in time with extended opening hours at the Female Orphan School, home to the Whitlam Institute 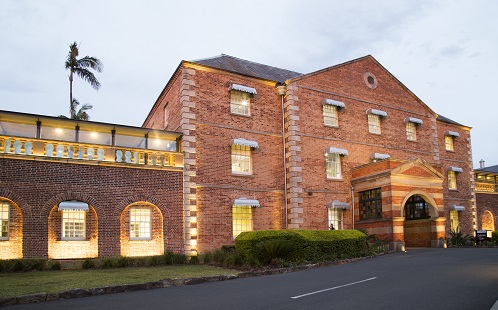 Due to popular demand, the Whitlam Institute (opens in a new window) is extending the opening hours of the historic Female Orphan School. As well as Thursdays and Fridays, this cultural centre on the banks of the Parramatta River is now open to the public on the second Saturday of each month*.

Affectionately known as FOS, the Female Orphan School building is the oldest three-storey structure in Australia. Initially built in 1813 to shelter the colony's young girls from the depravity of Sydney Town, the site went on to become the Rydalmere Psychiatric Hospital before being left abandoned. Derelict and covered in graffiti, the building's future was in question before work began in 2000 to restore it to its former grandeur and to create a home for the Whitlam Institute.

"The restoration breathed new life into the building, and we're thrilled to see it becoming a bustling cultural institution," said Whitlam Institute Director Eric Sidoti, "there's certainly no shortage of things to see and do."

Wander the corridors or take a guided tour to uncover some of the secrets of this remarkable building. Explore the achievements and legacy of the Whitlam government in the exhibition A Changing Australia: The time of Gough Whitlam. In the Margaret Whitlam Galleries you'll find a full program of exhibitions throughout 2017, kicking off with Still Point – a collection of the works of Robert McFarlane. Robert has been photographing Australia and Australians for over 50 years with an uncanny ability to capture the stillness and depth of a single moment.

What's on at the Female Orphan School: https://www.flipsnack.com/Whitlam/whats-on-at-the-female-orphan-school-jan-jun2017.html (opens in a new window)