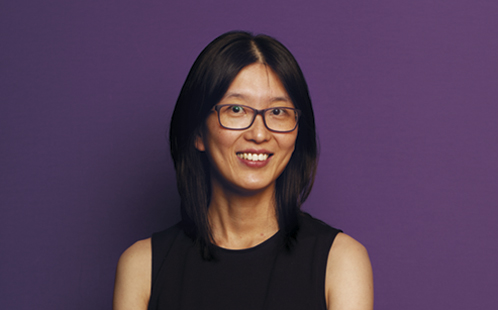 Pei began at Liverpool Hospital as a trainee in medical oncology in 2013. Now a qualified clinician and medical oncologist, she works alongside the Hospital and the Ingham Institute as a PhD Candidate from Western Sydney University's School of Medicine.

Pei's doctoral study is investigating the usefulness of blood-based testing in lung cancer. This is commonly known as 'liquid biopsy', which is a non-invasive investigation tool for diagnosis and treatment monitoring for lung cancer – and she says the Liverpool region is an ideal location for the oncology research.

"We now know that the onset of lung cancer in non-smokers is more common in younger patients, typically in middle age women, who are of south-east Asian descent. Liverpool, being such a culturally diverse region, has a high proportion of people that fit these criteria."

Pei says lung cancer in non-smokers is commonly the result of genetic mutations in the EGFR gene. While treatment for this form of lung cancer typically involves invasive tissue biopsies, Pei is investigating the effectiveness of less-invasive liquid biopsies using simple blood tests.

"Taking tissue from the lung can be risky and painful. So we are investigating whether tumour cells and tumour DNA can be detected as effectively in the blood as in the tissue. The results so far are promising, and may lead to future changes in patient care."

All of the participants are recruited from the cancer centre within Liverpool Hospital, and the project has received a grant from the Lung Foundation of Australia.