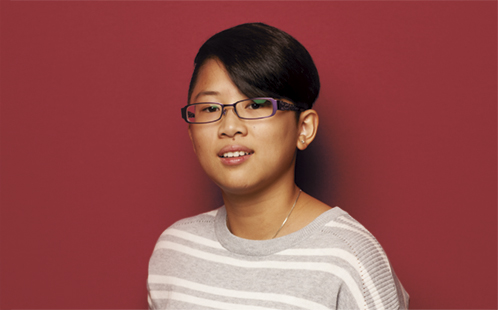 In the coming years, you may see Joanne Le out 'on the beat' in Liverpool.

Joanne was unsure of her career path straight after high school. She tried her hand at a communications degree; a TAFE course in IT; and worked in retail and hospitality – but nothing seemed to 'fit'.

Now, at the age of 25, she is a Bachelor of Policing student at Western Sydney University and for the first time can clearly envisage her future.

"As a kid, I was always looking for ways to volunteer or help charities. So at some level, I think I always had a desire to be in my local community helping people."

Looking back, Joanne clearly remembers visits by a Police Liaison Officer to her high school – All Saints Catholic College in Liverpool.

"I was having a tough time at school. I was bullied, and then I started acting out and became a bully myself. It's such a vicious cycle."

Joanne says the encounter with the "unapproachable and strict" female officer turned around her behaviour at the time, and has ultimately influenced the type of Police Officer that she would like to become.

"I want to work in my local community and help kids. I have younger siblings and its crimes against children really pull at my heart-strings. But I want to be more approachable, so that kids know they can come to me on the street if they need any help."

Joanne was born and raised in Moorebank. She says Liverpool is predominantly a safe, tight-knit community.

"Growing up I always noticed a Police presence in the area – which I think is important. I think Police to be seen in their community, and to have an intimate knowledge of the area. Hopefully having a Western Sydney University campus in the Liverpool CBD will lead more local students to pursue a career in Policing."