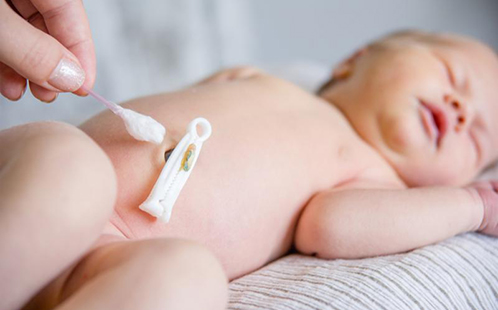 The following article by Professor Hannah Dahlen from the School of Nursing and Midwifery, was first published (opens in a new window) in The Conversation as part of the 'I've Always Wondered' series.

When a baby is born, the lifeline between the mother and child (the umbilical cord) is cut, and the shrivelled remains become the belly button on the outside. What happens inside? - Margaret Lee

Our belly button is a reminder for life that once we were attached to and dependent on our mother, floating like a little astronaut in our liquid universe. The cord, and in particular the remaining belly button, has always been fascinating to humans and we still embark on some interesting traditions to celebrate and aid the physical separation of the umbilical cord. The umbilical cord is probably the baby’s first toy, as they are sometimes caught on ultrasound playing around with it.

Cutting the cord at birth is one of the most common surgical procedures in the word today and at some point almost every human on earth has undergone this. Recent scientific evidence has made us rethink how soon this should occur after birth, with evidence the baby can receive as much as another 80-100ml (almost a third of its total blood volume) if we just delay clamping and cutting the cord for three or more minutes after the birth. Not only do babies get more blood this way but this extra blood volume has a positive impact on child development.

The umbilical cord forms very early on in pregnancy and basically gets longer due to the increasing baby movements until it reaches around 50-70cm. And babies who move a lot tend to have longer cords.

The umbilical cord is made up of one large vein and two smaller arteries. The vein carries the oxygen-filled blood from the mother to the baby. The arteries carry the oxygen-depleted blood and waste products from the baby back to the mother. The cord inserts into the placenta so it’s not directly connected to the mother’s circulation.

The placenta acts like a very sophisticated filtering system. In order to protect the blood vessels from compression while the baby moves about, or when it is being born, the cord is filled with a jellylike substance called Wharton’s jelly. Think of it as nature’s airbags. This is why most of the time when the cord is around a baby’s neck at birth (a common event) it’s not a problem. 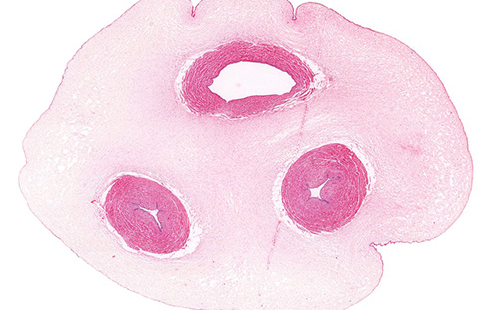 Cross-section of the umbilical cord.

At some point after the birth the cord ceases its important function of taking blood back and forth between the mother and baby. Once cut and clamped it withers away into a firm black stump over the first week of life before falling off and leaving that much adored belly button.

You may have discussed with friends whether you have an “inny” or an “outty” and during pregnancy women often marvel at the exposure and flattening of their own belly button as their uterus expands with the growing baby. People joke about belly button fluff and some decorate this part of their body with piercings and jewels. But is more going on beneath this shrivelled reminder of our beginning on this earth?

Read more - I’ve always wondered: why is the flu virus so much worse than the common cold virus?

After the baby is born and takes that first breath, blood is shunted to the lungs, which have been reasonably quiet up to that point as they have been filled with fluid. An amazing switch happens in the circulation with the two arteries constricting to stop the flow of blood to the placenta and then the vein slowly collapsing.

Internally the veins and arteries in the cord close up and form ligaments, which are tough connective tissues. These ligaments divide up the liver into sections and remain attached to the inside of the belly button.

The part of the umbilical arteries closest to the belly button degenerates into ligaments that serve no real purpose but the more internal part becomes part of the circulatory system and is found in the pelvis supplying blood to parts of the bladder, ureters and ductus deferens (a tube sperm moves through in males).

Rarely a canal remains that connects the bladder to the belly button. This leads to urine leaking out of the belly button and this is an abnormality that would need to be surgically repaired following birth.

Ever noticed that when you stick a finger in your belly button you can feel tingling around your bladder and pelvic area? Now you know why. What was once a highway of blood from mother to baby turns into ligaments and some continued connection to blood supply deep inside your body.

So next time someone tells you not to navel gaze you will have a smart come back about just how amazing the navel really is.