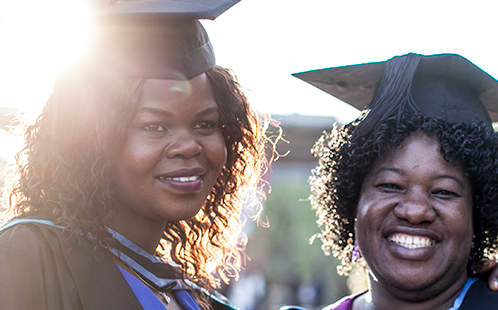 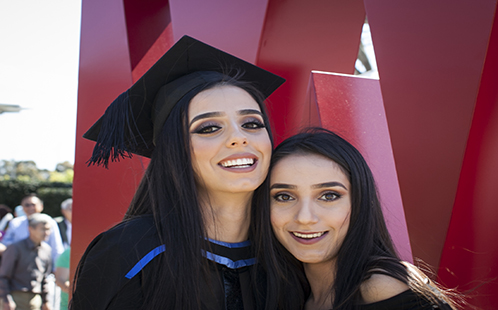 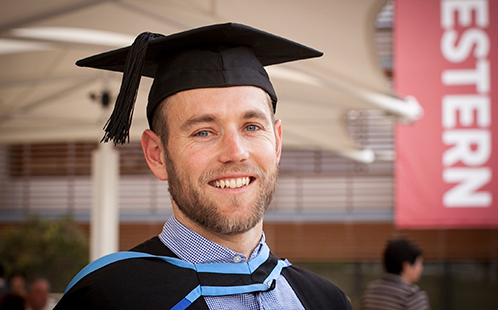 They were also inspired by a host of guest speakers who delivered the occasional address:

Educational leader, Professor Margaret Vickers, who also spoke at graduation, was made an Emeritus Professor of the University in recognition of her distinguished academic contribution to teaching and research in the field of education.

Graduation also presents Western Sydney University with the opportunity to acknowledge the wonderful contributions made by some of the unsung heroes who go 'above and beyond' in their community work. The University's Community Awards are given to outstanding individuals in the Western Sydney region.

This graduation season, awards were given to:

Dr Jamal Rifi is an Australian Lebanese General Practitioner and community leader. For almost 20 years, Jamal has been a prominent figure in the Lebanese Muslim community of South-Western Sydney.  In March this year, ABC's Australian Story described Jamal as 'a respected and hardworking GP, who provides much more than just medical care to people, helping with application forms, mediating in disputes and so much more.'

In the past year or so, he has become more widely known as one of Australia's most passionate voices from the Muslim community.

Recently Jamal has worked closely with families in South-Western Sydney whose children are in danger of radicalisation, acting as a conduit between the local community and senior levels of the Commonwealth Government. Margaret began her career as a primary school teacher and later, a special needs teacher. She then became a teacher-librarian where she could impart her passion and knowledge for books onto her students.

Margaret began writing books for children after having children of her own. She completed a Master of Arts (Creative Writing) at Western Sydney University in 2001, and is now the author, co-author and editor of more than 50 books for children and teachers, including fiction and non-fiction books.

Two of Margaret's collaborations, Australia's Critically Endangered Animals, and Australia's Deadly and Dangerous Animals and Plants are also on the list for the NSW Premier's Reading Challenge, a literacy initiative designed to promote reading to children.

Margaret recently showed her ongoing support for the University and the Greater Western Sydney region by participating in the #NewWS campaign through her Instagram account. 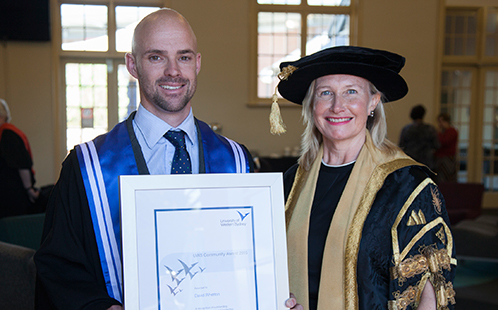 David completed a Bachelor of Teaching (Primary) at Western Sydney University in 2006, and was inspired to advocate for sunglasses for school kids cause after noticing children at his school squinting while they played outside.

He founded School Shades in 2014, a company that designs, manufactures and distributes UV-protective sunglasses for children. David's goal is to see that every child in Australia has access to the highest quality shades to prevent irreversible UV damage to the eyes.

Since launching the company, 20 schools across Australia have already added his shades to their school uniforms.

David is currently continuing his studies at the University, where he is completing a Master of Education (Leadership). Robin Woods, a recently retired teacher and volunteer in the Hawkesbury region, has worked tirelessly as a secretary for Hawkesbury Environment Network (HEN) and has helped make the network a significant voice for the local community.

HEN started in 2010 as a non-government, not-for-profit network for environmental information, advocacy and action in the Hawkesbury region. The organisation aims to preserve the region for future generations by implementing actions to reduce pollution of waterways and loss of habitat for wildlife as well as promote ecological restoration management.

In particular, Robin has been leading training and education programs to deal with threats posed by invasive and highly destructive species to ecosystems in the forests, woodlands and pristine creeks in the Hawkesbury region. Furthermore, she engages with a wide range of stakeholders in the region on issues such as urbanisation, water quality, wetland management and land use changes. Human Care Welfare (HCW) is a non-profit organisation working for disadvantaged immigrants, most of whom have a refugee background.

Since 2012, HCW has been running joint projects with Auburn City Council and STARTTS (The NSW Service for the Treatment and Rehabilitation of Torture and Trauma Survivors). HCW's service to the local community saw the organisation awarded the Auburn Mayoral Award for Outstanding Community Services and the Humanitarian Award in 2014.

In 2013, Roger and Lana Borg realised there was a great need in the local community to help feed the homeless and underprivileged. Roger and Lana set up Mama Lana's Community Foundation, a not-for-profit organisation dedicated to helping the often forgotten homeless and underprivileged community in the greater Penrith region. The Foundation assists in providing food, clothing, and furniture, and in some cases, helps seek financial advice for people.

They provide hot meals four nights a week and supply food, toiletry packs, clothing and blankets to help keep the less fortunate warm during the colder months. All work is conducted in their own personal time, free of charge.

On behalf of their patrons, Roger and Lana, along with other volunteers, also liaise with Centrelink, Penrith Council, the Department of Housing, and other resource centres and government departments in order to seek long-term solutions to better their circumstances. Each year Richard volunteers with a small group of health care professionals to set up laboratories in Africa in order to improve the quality of health care. His volunteer work has taken him to places like Ethiopia and the Democratic Republic of Congo.

The regions he targets often face tremendous obstacles like poverty, conflict and corruption. At times his volunteer work places him in very dangerous situations.

Richard has also shared his experiences with students of Western Sydney University, last year he addressed students at the MATES Celebration event. 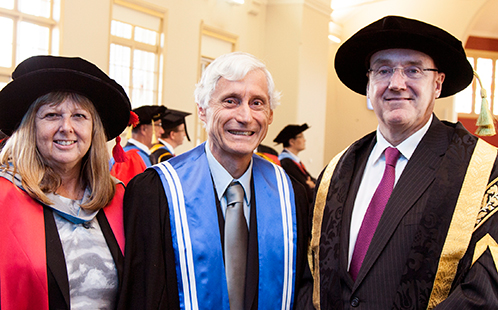 The group have significantly contributed to the success of the public astronomy programs at the University's Penrith Observatory.

By bringing along their telescopes, enthusiasm and passion to the Observatory's public astronomy nights, the group have helped the Observatory achieve its mission to enhance and extend the community's understanding and appreciation of the importance of science, technology, engineering and mathematics.