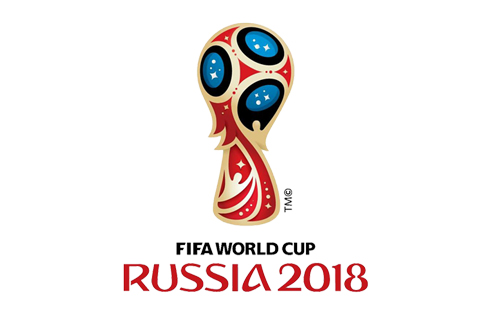 The following opinion piece, by Professor David Rowe, from the Institute for Culture and Society, was first published on The Drum (opens in a new window) website.

There is no shortage of possible grounds for taking the 2018 World Cup from Russia, but the problem is whose ethical criteria are you guided by, and if you go too far then who would be left to host?

Calls to remove or boycott Russia as host of the 2018 FIFA World Cup are gathering force. Ukraine president Petro Poroshenko, as well as 13 US senators, have said continued Russian intervention in east Ukraine should disqualify the country from holding (opens in a new window) the world's largest single sport event.

Disquiet immediately greeted the announcement of Russia's successful bid in Zurich on December 2, 2010. On the same day, FIFA's executive committee heralded its bizarre decision to award the 2022 World Cup to Qatar, with Australia receiving a risible single vote for its reported bid investment of $43 million of public money. Football Federation Australia, coaxed by FIFA, had already withdrawn its bid for the Europe-bound 2018 World Cup (opens in a new window) to concentrate on 2022.

Investigative journalist Andrew Jennings described this as "a story of treachery, naïveté, bribery, (and) cover-up" (opens in a new window). Later, FIFA moved the event to winter because of the unbearable heat of the Middle Eastern summer, and is still grappling with the scandalous exploitation of Qatar's migrant workforce that's building the infrastructure.

Such are the murky politics of FIFA (opens in a new window), which since 1974 under successive presidents João Havelange and Sepp Blatter has become a byword for worst practice in international sports governance. Awarding the World Cup to Russia, which ranks joint 127th out of 175 countries in Transparency International's most recent Corruptions Perceptions Index (opens in a new window), would suggest the governing body and host nation will at least be comfortable with each other.

Those acquainted with mega sport spectacles will remember an earlier call to boycott another huge Russia-hosted sport event (opens in a new window)- the 2014 Sochi Winter Olympics - in particular because of its repression of gay rights.

In that instance, it was the International Olympic Committee in the hot seat defending its decision. Unsurprisingly, prominent Olympian Lord Sebastian Coe has opposed the move against Russia's World Cup (opens in a new window), saying that boycotts are ineffective, only hurt athletes, and inhibit persuasive dialogue.

Such arguments were consistently made by opponents of the sporting boycotts of South Africa during the apartheid era (opens in a new window), despite their evident success.

There is no shortage of possible grounds for taking the World Cup from Russia or for teams and spectators to not turn up, even apart from state-sponsored homophobia and military expansionism (including annexing Crimea and suspected involvement in the downing of Malaysian Airlines flight MH17).

Many FIFA member nations currently apply sanctions against Russia. The Kremlin is believed by Russian activists to be implicated in the assassination of Boris Nemtsov, a strident political opponent of President Vladimir Putin. Suspicions linger over corruption in the bid and subsequent stadium building, while racism among many Russian football fans is a serious issue.

The problem with taking action against a major international sport event host, though, is to establish clear criteria and common purpose. FIFA has more members than the United Nations, many of whom have lamentable human rights records. The ranks of potential hosts wears rapidly thin when more exacting ethical fitness criteria are applied.

For example, if political repression is the yardstick, then neither Mexico nor Argentina should have hosted the World Cup in 1970 and 1978. Berlin in 1936 stands out as the most egregious example of being unfit to host the summer Olympics, but serious questions were also asked about Mexico City in 1968, Seoul in 1988 and Beijing in 2008. In the case of the last, Beijing's earlier Olympic bid rival, Sydney, strategically used China's poor human rights record to gather votes (opens in a new window), only to find that some African nations questioned Australia's treatment of its indigenous peoples.

If corruption is the issue, then the 2002 Salt Lake City Winter Games and 2010 Delhi Commonwealth Games come into the picture. Financial incapacity, ill-preparedness or inadequate legacy planning could have ruled out the 2004 Athens Games and 2010 South Africa World Cup.

The displacement and dislocation of local residents, especially the poorest and most disadvantaged, provide grounds to debar almost any mega sport host. These might include the Barcelona 1992, Atlanta 1996, and Sydney 2000 Summer Olympics. To these techniques of Olympic urban sanitisation London 2012 and the 2010 Vancouver Winter Games added excessive post 9/11 control and surveillance of the citizenry for good measure.

Opponents and competitors of potential hosts (opens in a new window) always seek, legitimately or dubiously, to undermine them. These are image-laden battles fought on many fronts by elected governments (opens in a new window), political oppositions, sporting bodies, pressure groups, corporate sponsors, community activists, labour unions and even sportspeople themselves.

Multilateral sporting boycotts are rare and the dismissal of a chosen host even rarer. There is little doubt that Russia will host the 2018 FIFA World Cup, but it will be a most effective rallying point for a host of causes.

If sport is a vehicle for public diplomacy, governments are more likely to hold their noses than twist the arms of sports governing bodies and athletes to stay at home. The rest of us can try to shame the seemingly shameless.