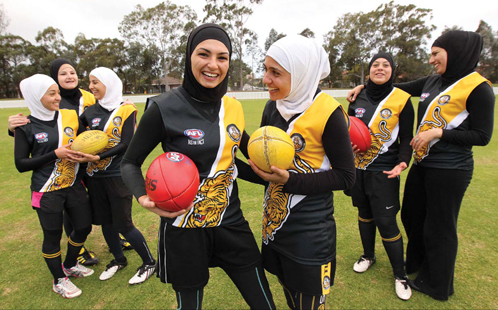 A new Western Sydney University report has found Muslims in Sydney face high rates of racism, but the vast majority list relations with non-Muslims as positive, and believe education and employment are more important than international affairs.

The study was commissioned by Western Sydney University, the Islamic Sciences and Research Academy Australia and Charles Sturt University to investigate the experiences and perceptions of ordinary Muslims in Sydney. It is being released at the  2nd Australasian Conference on Islam: Radicalisation and Islamophobia at the Novatel Hotel at Parramatta on Monday, November 30.

"The study finds while there is Islamophobia in Australia, it is not universal across society, and there is little evidence for widespread alienation among Australian Muslims," says Lead Author Professor Kevin Dunn, from the School of Social Sciences and Psychology.

"The report suggests a very strong sense of belonging amongst the Australian Muslim community, which ranks education and employment as primary concerns, and feel comfortable identifying as Australian and Muslim."

"Importantly, higher levels of religiosity were positively associated with stronger national belonging and a sense of Muslim integration."

Key findings of the report include:

Professor Dunn says Australian Muslims have ordinary desires and needs and a strong sense of belonging in Australia.

"The fact that Muslims face high levels of racism, yet still believe Islam is compatible with Australian norms, bodes well for the future," he says.

"It seems that Australia's values of diversity and multiculturalism give hope to Australian Muslims, and makes them more resilient in dealing with the pressures of Islamophobia and racism."