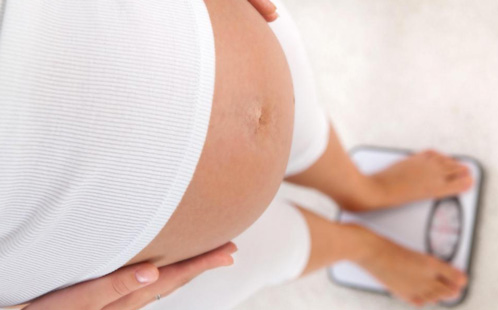 A new study published in the international journal Diabetes Care has found that obese women keeping their weight under control through healthy eating from early in pregnancy might prevent gestational diabetes.

The purpose of the study was to look at possible ways to reduce the incidence of gestational diabetes, one of the fastest growing problems seen in pregnant women today.

The pilot study, which is being followed by a larger randomised trial, was led by Professor David Simmons, University of Western Sydney Professor of Medicine and Head of Endocrinology at Campbelltown Hospital.

"We know there is a growing epidemic of gestational diabetes which is related to excess weight gain in pregnancy. In our study we looked at what would have the most impact on keeping blood sugar levels under control during pregnancy and reducing the incidence in gestational diabetes without impacting negatively on the baby's weight," Professor Simmons says.

The study found that healthy eating in pregnancy when supported by a motivational coach was associated with more appropriate weight gain and lower blood glucose levels.

To ensure the trial was applicable to multi ethnic populations and settings, Professor Simmons and colleagues followed 150 pregnant women across 10 European centres in nine countries. All the women chosen were overweight or obese but did not have gestational diabetes.

The women were all assigned a motivational coach who worked with them and offered dietary information and support related to healthy eating, physical activity or a combination of both.

Dr Simmons notes that from previous studies and trials, it is clear that simply telling people what to do doesn't work. People need the right information, but then they also need to be supported, he says.

Moreover, people's dietary preferences have to be taken into consideration depending on their cultural background.

"Obviously, people from different ethnic backgrounds prefer different foods so the challenge is how to make food choices, including things people prefer within reason, work for them," he says.

"The key thing is to negotiate with people. They can then make their own dietary plans based on the information they've been given and then it's a matter of keeping people on track which includes regular weighing and advice."

With the pilot study's promising results supporting the use of early health eating interventions in overweight and obese pregnant women, Dr Simmons and his colleagues are planning further larger trials in the future.