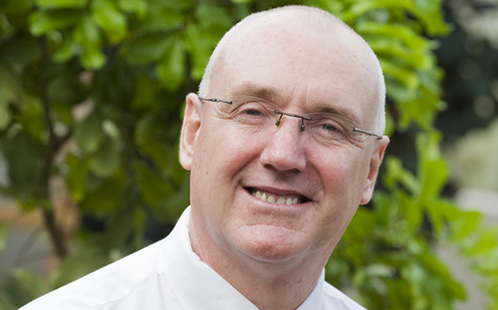 The University of Western Sydney welcomes Professor Barney Glover, who has officially taken up his position as the new UWS Vice-Chancellor.

Professor Glover takes over from Professor Janice Reid, who retired at the end of 2013, after leading one of Australia’s largest and fastest-growing universities for almost sixteen years.

An accomplished academic leader who has held senior executive roles at CDU, the University of Newcastle and Curtin University in WA, Professor Glover has a deep commitment to widening participation, as well as exploring innovative approaches to higher education.

He says he is looking forward to an exciting first year ahead at the helm.

“I am very pleased to be in the role, and I am looking forward to working with staff on the next stage in the development of UWS,” says Professor Glover.

“This will be a very important year for both the University and higher education in Australia, with the review of the Demand Driven System and the recommendations from the Commission of Audit that may affect future funding for the sector.

“I have already been incredibly fortunate in my first week to have the opportunity to meet with and talk to a large number of staff and students – both current and prospective – after attending the UWS Course Decision Day event recently held at Parramatta.

“I am greatly impressed by UWS’s vibrancy, and the enthusiasm of our staff and students. I look forward to the challenges of leading such a dynamic and impressive Australian university.”

Professor Glover says one of UWS’s greatest strengths is the way in which it is engaged with the many and varied communities of Greater Western Sydney, and how it makes a real difference in people’s lives.

“I very much look forward to meeting with and getting to know more of our students and staff, as well as our community leaders across the Greater Western Sydney region, over the coming weeks and months,” he says.