Does your left brain know what your right brain is thinking? 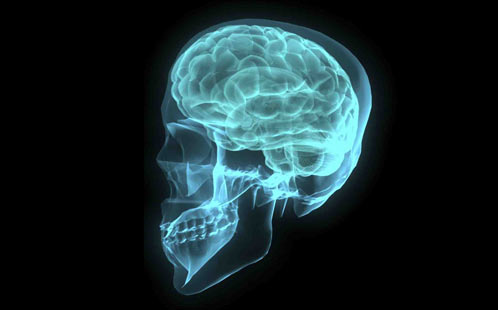 The following opinion piece by Tamara Watson was originally published in The Conversation.

Are you a left brain or a right brain person?

I've never met a person who doesn't know what I mean by this question. The idea that creative people use the right side of their brain more than logical people (the left-brained) is an extremely strong meme.

The generalised idea does originate from scientific studies. American neuropsychologist Roger Sperry, whose research (with psychology professor Michael Gazzaniga) really launched the meme, won a Nobel Prize in physiology or medicine in 1981 for his work into the effects of severing the connections between the two sides of the brain. His work and that of many others shows clearly that areas of the brain dealing with language are (on average) found in the left. Claims of lateralisation for other cognitive functions are also routinely made, for example, that the right side of the brain is crucial for identifying faces. Despite being more constrained than the sweeping generalisations of the common conception of left brain/right brain, there is enough science behind the ideas that feed into the meme that many claims should be seriously addressed.

No wonder research addressing asymmetries in the use of the two halves of the brain attracts media attention. For example, a recent study by Jared Nielsen of The University of Utah and colleagues, which showed people aren't really left brain or right brain dominant, featured widely in the media, including on the news and blogging websites The Huffington Post and Gawker.com.

Because of its complexity and the media coverage, this research provides insight into how the public engages with the neuroscience behind popular memes. To be upfront, the research paper itself did not address differences in creativity or logic; it analysed patterns of activity in the brain. The authors used a complex neuroimaging analysis technique and found no evidence of a global imbalance in the strength of the patterns of activity that would suggest that a participant could be classed as having a dominant side of the brain. But the authors themselves firmly linked the study with the popular left brain/right brain meme and the media ran with that angle.

I took a look at the comments left on both the Huffington Post and Gawker articles to determine how people feel and think about the "left brain = logical, right brain = creative" idea. The comments on the media reports clearly demonstrated that readers understood the science to be testing whether there was a link between sides of the brain and creativity or logic. And a surprisingly large number of commenter's dismissed the right brain/left brain idea as self-evident bunkum. This is surprising because of the seemingly pervasive nature of the meme in our culture.

The majority of the comments expressed an interesting disconnect between the actual science and the commenter's interpretation. One set of comments dismissed the research methods on grounds that are not actually a problem for the research. For example, it was common to dismiss the use of neuroimaging data collected from people who were asked to "do nothing". Commenter's pointed out that the brain is never doing nothing.Interestingly, this was actually the point. You will daydream and plan ahead; what you will be doing is living inside your own head. That's exactly what the researchers were after.

Other commenter's tried to support the meme and render the research invalid by linking to handedness. They brought up the claim that using your non-dominant hand gives you access to previously underused cognitive strategies linked to one side of the brain; for example, they say right-handed people may be able to draw better if they use their left hand. This reflects a self-help oriented interpretation of the meme, and doesn't bear much relationship to actual research. It goes to show how differently neuroscientists and some other groups of people picture how the brain functions. This demonstrates one thing very clearly: as much as neuroscience captures the imagination of many, progress in the area is often not well understood and neuroscientists don't seem to be doing a good job of conveying their work to a wider audience.

Neuroscience is quickly leaving the realm where simple ideas like left brain/right brain have explanatory power. In fact, the techniques being used to understand the brain are starting to look like science fiction. This research article used a map of the oxygenation of blood throughout the entire brain, measured through time using a supercooled, superconducting magnet with a field strength 60,000 times that of Earth's. The data itself was pulled from a repository containing scans of people from around the world. The analysis of this data would have required a level of  computational power that would have made it unimaginable to carry out even two years ago. In the end it aimed to tell us something many thought we already know a lot about – how areas of the brain as a whole work together.

Scientists are not doing a good job at helping the public understand the progress. Rather than pinning research onto popular cultural ideas, no matter how tangentially they intersect with neuroscience, perhaps scientists should be less shy to promote the science as it stands, putting more emphasis on explaining how the measurements were made and what they really tested. If neuroscientists step back and see which parts of their science reality look like science fiction to the general public and focus on explaining the wonder in this, perhaps we can engage people in the real questions.