Indigenous artists celebrate their heritage in ‘My Country’ 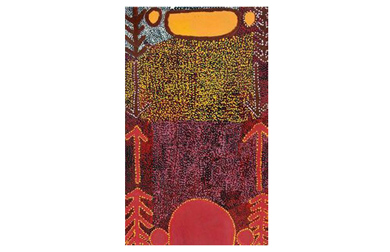 The latest exhibition to be held at the University of Western Sydney’s Art Gallery provides a rare opportunity to see inside the University’s own art collection and to celebrate the beauty of traditional Aboriginal design.

The ‘My Country’ exhibition, currently on display at the UWS Werrington North campus, features the works of 10 talented Indigenous Australian artists.

“This exhibition is comprised of a variety of artworks, from modest screen prints, etchings and dot paintings, to large, textured ochre-painted canvases,” says Ms McMahon.

“Each artwork features the artists’ individual interpretation of their landscapes and depicts the complex social relationships with the land that are so central to the many facets of indigenous community life.” 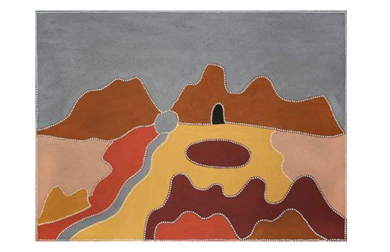 Ms McMahon says the ‘My Country’ exhibition is a collation of the University’s latest acquisitions of indigenous art.

“Back in the 1980’s, the University first began its indigenous art collection through the acquisition of some Papunya bark paintings,” says Ms McMahon.

“There is a definite culture at UWS in appreciating indigenous art, which has resulted in the collection growing significantly the last few years. It is wonderful that the public should have this opportunity, to visit our Werrington North campus gallery and to see these wonderful artworks on display.”

Among the featured artworks are two photographic prints by Michael Cook’s ‘Undiscovered’ series, which reflects upon the first European settlers in Australia and asks the questions: What makes a person civilised, and how would Australia’s history have changed if the European settlers had realised that the Aborigines were indeed civilised? Undiscovered 1 and Undiscovered 2 depict an indigenous man, dressed in colonial clothing and aiming a musket at an emu on the shores of a beach, and standing with a crocodile, eyeing the landscape through a looking glass.

The exhibition also features two paintings by Tiger Yaltkangki, an emerging indigenous artist whose talent was discovered two years ago when he wandered into a South Australian art centre.

Although Tiger is living with a brain injury and has had no formal artistic training, his first solo show at the Mossenson Galleries in Collingwood last year was recognised for its “thrilling and startling rawness.”

Other significant acquisitions featured in the ‘My Country’ exhibition include Shadows and lights caress the Bunuroo Days by Shane Pickett and Gallurung by Renaid Purdie. Prior to his death in 2010, Shane Pickett was known for creating culturally sensitive Aboriginal artworks that balanced innovation with tradition, modernity with an ancient spirituality. He was selected as a finalist in numerous major art prizes including the Telstra National Aboriginal and Torres Strait Islander Art Award, for which he won the 'Best Painting in a European Medium' category prize in 1986.

His painting, Shadows and lights caress the Bunuroo Days, was donated to UWS by Dan and Diane Mossenson, owners of the Perth and Collingwood Mossenson Galleries, as part of the Federal Government’s Cultural Gifts Program in 2012.

Renaid Purdie, another emerging indigenous artist, is the granddaughter of Shirley Purdie, a contemporary Indigenous Australian artist who is known for winning the 2007 Blake Prize for religious art. The technique used by Renaid in her ochre-painted canvas Gallurung was learnt from her grandmother.

Read the story in the Penrith Press