The College of Fellows is a group of internationally recognized scholars in Continental Philosophy with formal ties to the Philosophy Research Initiative at Western Sydney University.

The Fellows have common research interests with the academics at the Philosophy Research Initiative. The formal connection with Western Sydney University enables collaborations as well as student and staff exchanges.

The Fellows will be regular visitors at Western Sydney University. In order to establish a culture of exchange, there will be an annual conference of the College of Fellows in Sydney.

College of Fellows Inaugural Conference 2016 (opens in a new window)

The College of Fellows is a program whereby internationally recognized scholars from around the world receive a three year appointment as Fellow in the Philosophy Research Initiative at Western Sydney University. Collaborative projects, conferences, and various exchanges among staff and students are part of this program. This conference of the first group of the College of Fellows is designed to showcase the range of interests among the Fellows and to promote the work carried on in philosophy at Western Sydney University. 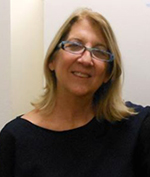 Peg Birmingham is Professor of Philosophy at DePaul University. She is the author of Hannah Arendt and Human Rights: The Predicament of Common Responsibility (Indian UP, 2006), co-editor (with Philippe van Haute), Dissensus Communis: Between Ethics and Politics (Koros, 1996) and co-editor (with Anna Yeatman), Aporia of Rights: Citizenship in an Era of Human Rights (Bloomsbury, 2014). She is the editor of Philosophy Today and co-editor with Dimitris Vardoulakis of the book series "Incitements" for Edinburgh UP. Walter Brogan is professor of philosophy at Villanova University.  He has published extensively in contemporary European philosophy and ancient Greek philosophy, including the book Heidegger and Aristotle: The Twofoldness of Being (SUNY, 2005). He has co-edited American Continental Philosophy: A Reader (Indiana UP, 2000) and he has co-translated Martin Heidegger's Aristotle's Metaphysics IX, 1-3: On the Essence and Actuality of Force (Indiana UP, 1994). He is the former director of SPEP and member of the executive committee of the APA Eastern Division. He is the co-founder of the Ancient Philosophy Society in the United States.

Matthias Fritsch is Professor of Philosophy at Concordia University, Montréal. He has published a monograph (The Promise of Memory), a range of articles in scholarly journals, co-edited two anthologies, and translated authors such as Heidegger, Gadamer, and Habermas into English. He has been a Humboldt Fellow in Frankfurt and a Visiting Research Professor in Kyoto. At present he is working on a book manuscript (for which he has been awarded federal Canadian funding) on intergenerational ethics. A second project develops a concept of deconstructive normativity in relation to metaethics, biopolitics, and environmental philosophy. 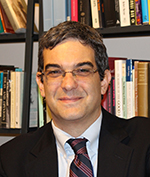 Theodore George focuses on continental European philosophy since Kant with emphases in hermeneutical philosophy, Hegel, ethical philosophy, and the philosophy of art and aesthetics. His publications include Tragedies of Spirit: Tracing Finitude in Hegel's Phenomenology (SUNY, 2006) and a range of essays in his areas of interest. He is also translator of Günter Figal, Objectivity: The Hermeneutical and Philosophy (SUNY, 2010) and he serves as the editor of Epoché: A Journal for the History of Philosophy. His research has been supported by the Fulbright Commission, the Goethe Institute, the German Academic Exchange Service (DAAD), the Freiburg Institute for Advanced Studies at the University of Freiburg, Germany, as well as by the Rothrock Fellows Program and the Glasscock Center for Humanities Research at Texas A&M University. A recipient of the Texas A&M Association of Former Students College of Liberal Arts Teaching Award, George holds a Ph.D. from Villanova University. Gregg Lambert is Dean's Professor of Humanities at Syracuse University, USA. Between 2008 and 2014 he served as the founding director of the Syracuse University Humanities Center and is currently the lead investigator of the Central New York Humanities Corridor, funded by the Andrew W. Mellon Foundation. He has published widely in the field of Continental Philosophy, especially on the philosophies of Gilles Deleuze and Jacques Derrida, and his most recent publications include Return Statements: The Return of Religion in Contemporary Philosophy (Edinburgh UP, 2016) and Philosophy After Friendship: Deleuze's Conceptual Personae (University of Minnesota Press, 2017). 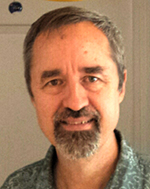 Stephen Palmquist (D.Phil., Oxford University) is Professor of Religion and Philosophy at Hong Kong Baptist University, where he has taught since 1987. His numerous publications (translated into at least 12 languages) include over ninety refereed articles and book chapters, published in over twenty-five countries. Among his eleven books are The Tree of Philosophy (1992/2000), Kant's System of Perspectives (1993), Kant's Critical Religion (2000), Cultivating Personhood: Kant and Asian Philosophy (2010), Comprehensive Commentary on Kant's Religion within the Bounds of Bare Reason (2016), and Baring All in Reason's Light: An Exposition and Defense of Kant's Critical Mysticism (2016). In 1999 he founded the Hong Kong Philosophy Café, now comprising four branches and over 800 members. 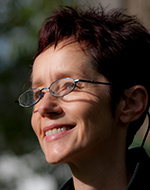 Ewa Plonowska Ziarek is Julian Park Professor of Comparative Literature and the Founding Director of Humanities Institute at the SUNY at Buffalo. Her interdisciplinary research interests include feminist political theory, modernism, continental philosophy, ethics, and critical theory. She is the author of Feminist Aesthetics and the Politics of Modernism (Columbia UP, 2012); An Ethics of Dissensus: Feminism, Postmodernity, and the Politics of Radical Democracy (Stanford UP, 2001); The Rhetoric of Failure: Deconstruction of Skepticism, Reinvention of Modernism(SUNY, 1995); the editor of Gombrowicz's Grimaces: Modernism, Gender, Nationality (SUNY, 1998); and the co-editor of Revolt, Affect, Collectivity: The Unstable Boundaries of Kristeva's Polis (SUNY, 2005) and Time for the Humanities: Praxis and the Limits of Autonomy (Fordham UP 2008) and Intermedialities: Philosophy, Art, Politics (Rowman &Littlefield 2010). She has published numerous articles on Kristeva, Irigaray, Derrida, Agamben, Foucault, Levinas, Fanon, feminist theory and literary modernism. Her work has been translated into Spanish, Italian, Hebrew, Polish, and Rumanian. Currently she is working on the book devoted to Hannah Arendt. 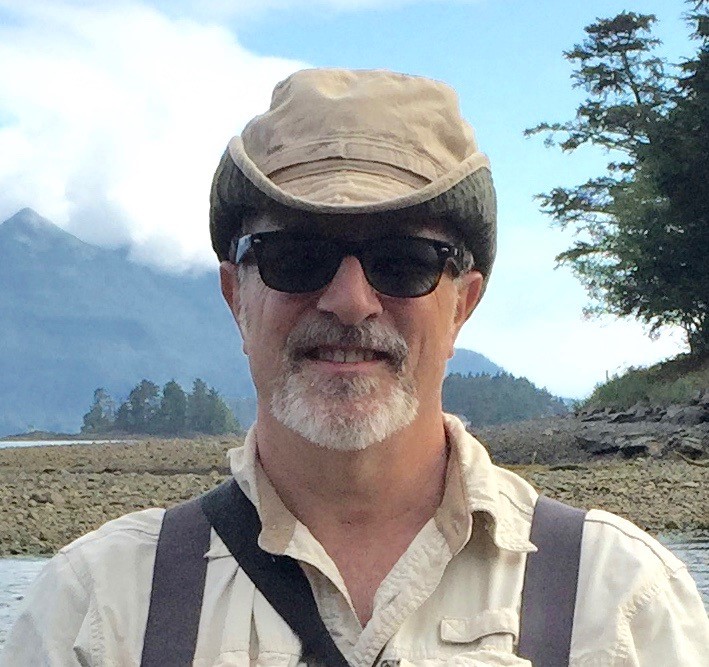 James Risser is currently Professor of Philosophy at Seattle University. While at Seattle University he held the Pigott-McCone Chair in the Humanities from 1991-1994, and in 2016 he was the scholar-in-residence scholar/visiting research professor in the Silverman Phenomenology Center at Duquesne University.  Risser is a former Executive Co-Director of the Society for Phenomenology and Existential Philosophy (SPEP) and a frequent co-organizer of the International Hermeneutics Symposium (Heidelberg/Freiburg). He is a member of several editorial boards, including Studies in Continental Thought with Indiana University Press, and is the Co-Editor of the journal Research in Phenomenology. His research is in the area of aesthetics and 19th-20 continental philosophy. He is the editor and author of several books, including his work on contemporary hermeneutic theory, The Life of Understanding. 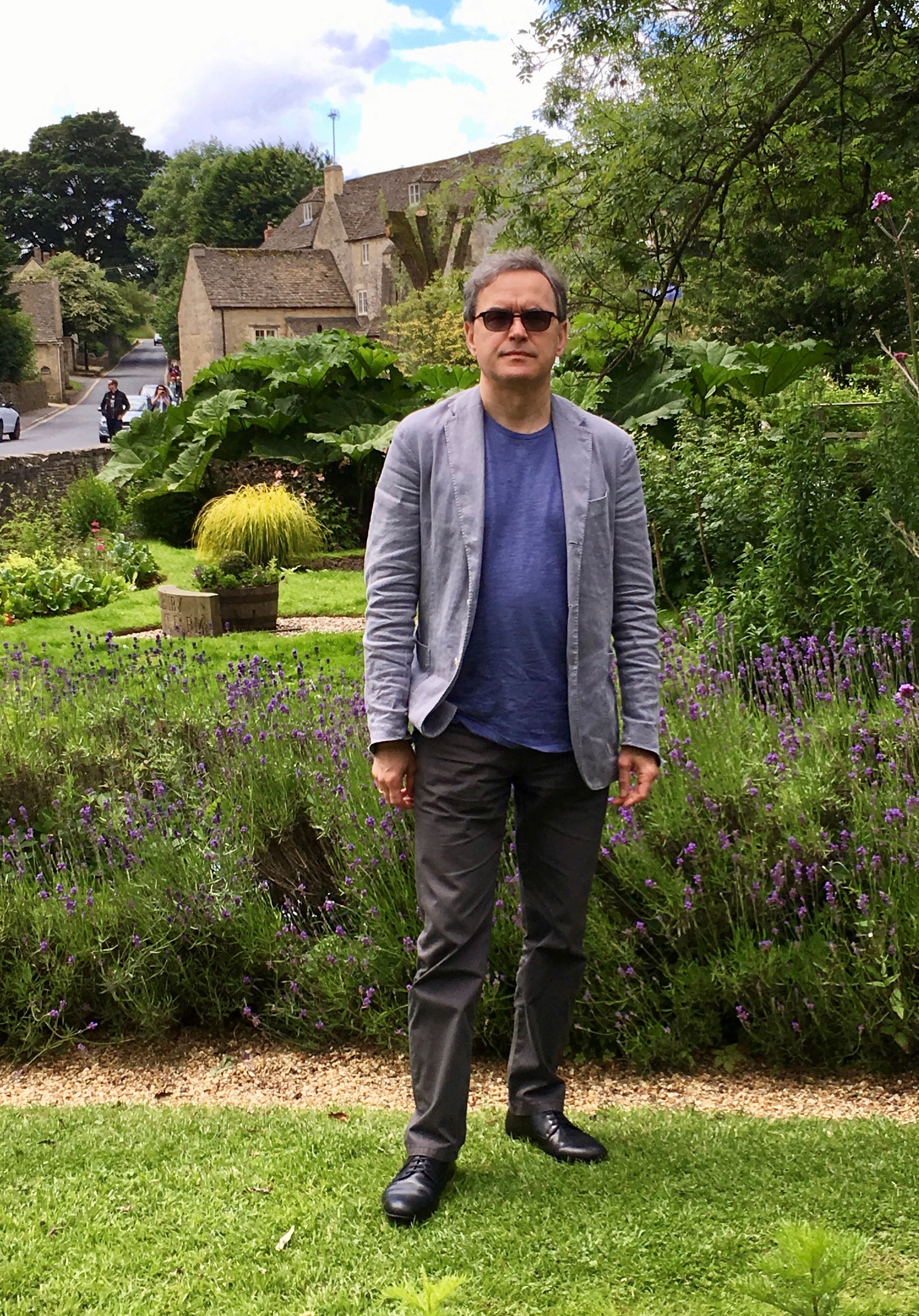 Krzysztof Ziarek is Professor and Chair of Comparative Literature at the State University of New York at Buffalo.  He is the author of Inflected Language: Toward a Hermeneutics of Nearness (SUNY), The Historicity of Experience: Modernity, the Avant-Garde, and the Event (Northwestern), The Force of Art (Stanford), and Language After Heidegger (Indiana). He co-edited two collection of essays, Future Crossings: Literature Between Philosophy and Cultural Studies (Northwestern) and Adorno and Heidegger: Philosophical Questions  (Stanford). He also published two books of poetry in Polish, Zaimejlowane z Polski and Sąd dostateczny. 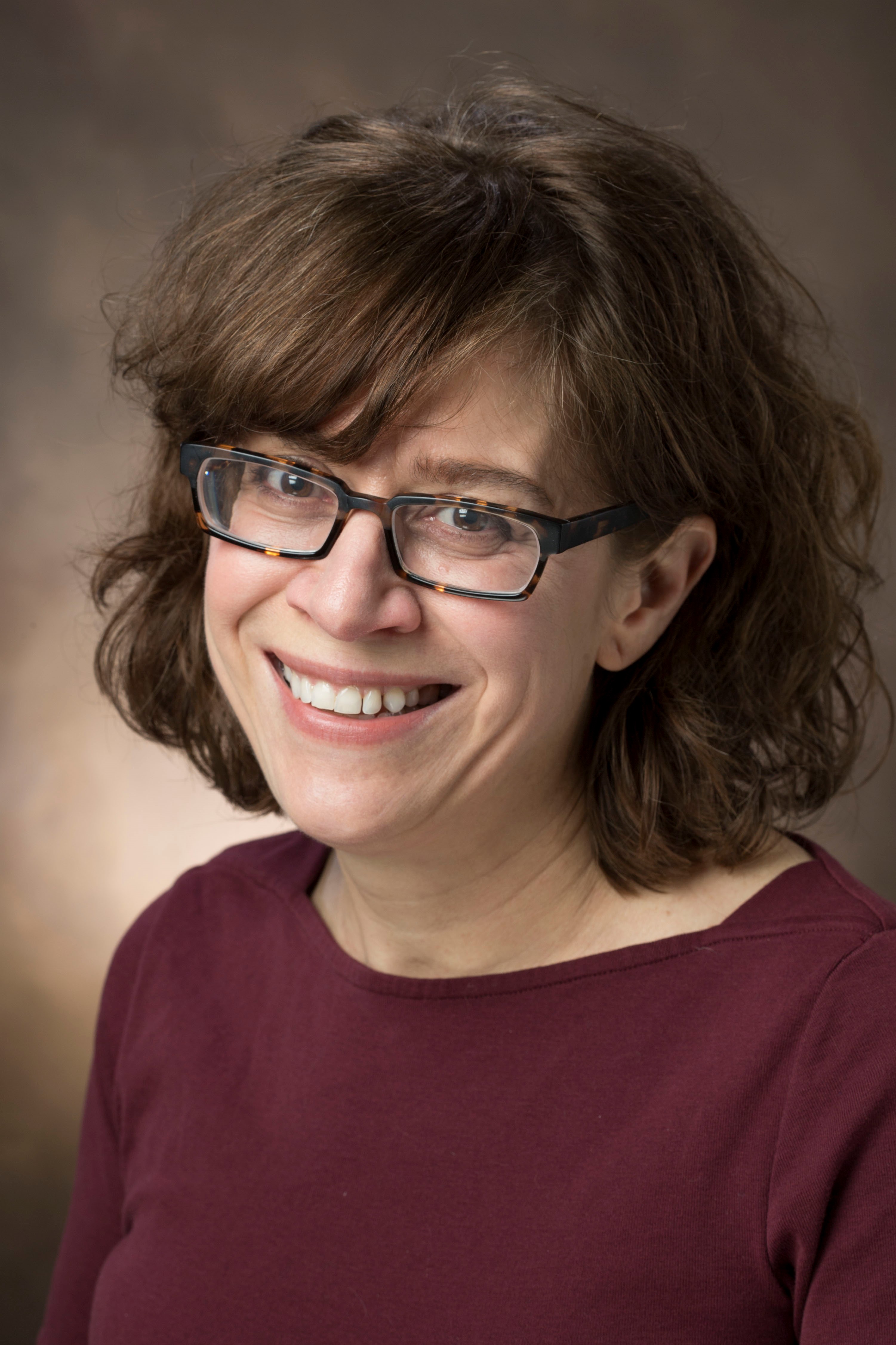 Elaine Miller is Professor of Philosophy at Miami University in Oxford, Ohio, USA.  She is the author of two books, The Vegetative Soul: From Philosophy of Nature to Subjectivity in the Feminine (State University of New York Press, 2002), and Head Cases: Julia Kristeva on Philosophy and Art in Depressed Times (Columbia University Press, 2014), as well as articles on Beauvoir, Kant, Irigaray, Hegel, and Nietzsche.  She is also the co-editor (with Maria Cimitile) of Returning to Irigaray: Feminist Philosophy, Politics, and the Question of Unity (SUNY Press, 2007), and one of the founding co-editors (with Emily Zakin) of philoSOPHIA: A Journal of Continental Feminism.  Her work lies at the intersection of the philosophy of nature, aesthetics, and feminist theory. 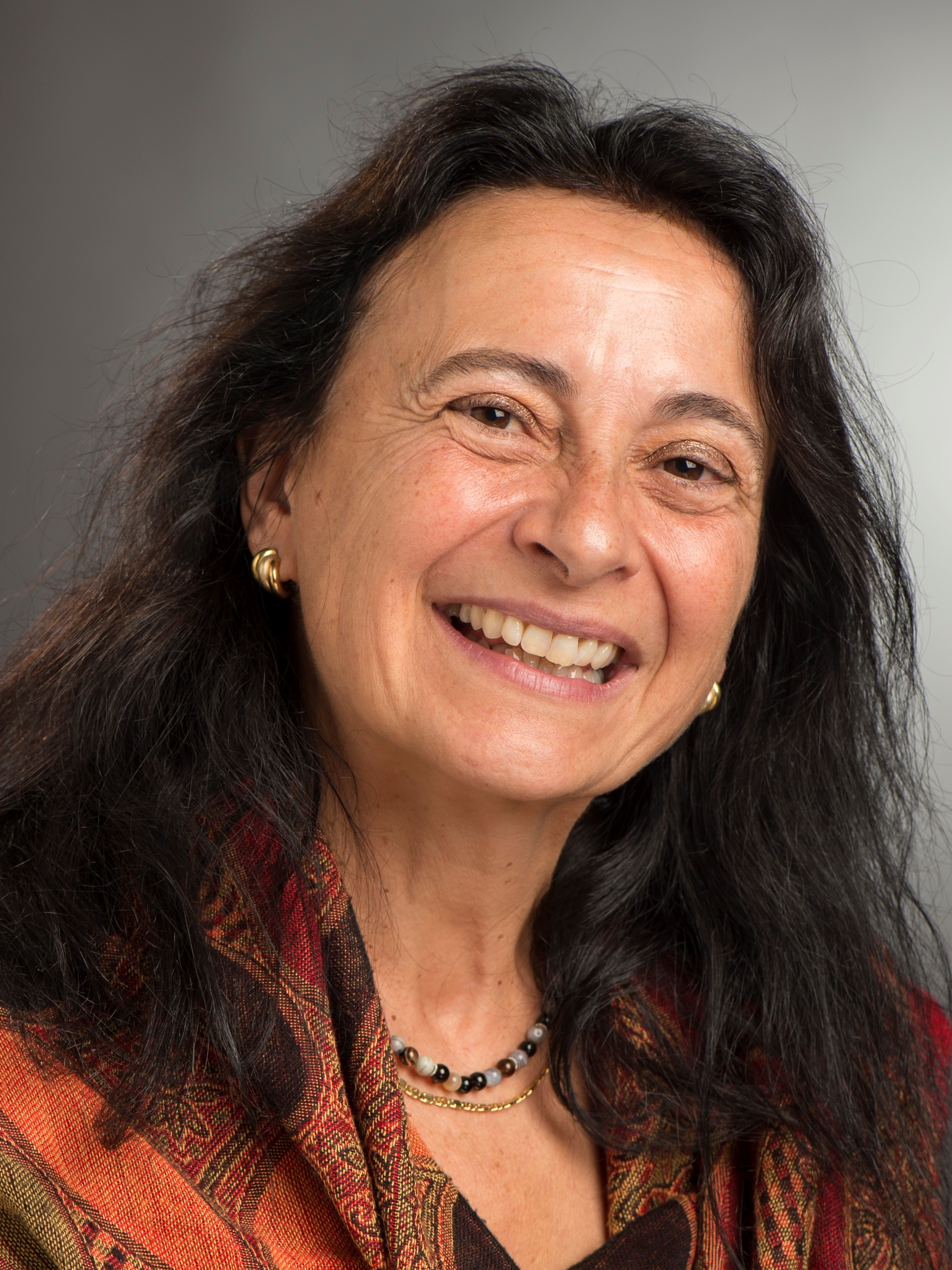 Silvia Benso is Professor of Philosophy at Rochester Institute of Technology, USA. Among her areas of interest and research are ancient philosophy, contemporary European philosophy, the history of philosophy, ethics, and aesthetics. She is the author of Thinking After Auschwitz: Philosophical Ethics and Jewish Theodicy (1992, in Italian), The Face of Things: A Different Side of Ethics (2000), Viva Voce: Conversations with Italian Philosophers (2017), and the co-author of the volume Environmental Thinking: Between Philosophy and Ecology (2000, in Italian). She has also co-edited various volumes such as Contemporary Italian Philosophy: Between Ethics, Politics and Religion (2007), Levinas and the Ancients (2008), Between Nihilism and Politics: The Hermeneutics of Gianni Vattimo (2010), and Thinking the Inexhaustible: Art, Interpretation, and Freedom in the Philosophy of Luigi Pareyson (2018). During the past decade, she has devoted herself to the promotion of Italian philosophy and is the general co-editor for the SUNY Press series on Contemporary Italian Philosophy. Most recently, she has been the co-founder of a new philosophical organization dedicated to the study of Italian philosophy: SIP, the Society for Italian Philosophy. Her current research projects include working on a monograph on the elements in the thought of Emmanuel Levinas and on a volume devoted to trees and gardens as philosophical metaphors. 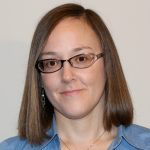 Kristi Sweet is an Associate Professor of Philosophy at Texas A&M University. Her research focuses on Immanuel Kant, particularly his practical philosophy and aesthetics. She is the author of Kant on Practical Life: From Duty to History (Cambridge University Press, 2013), and is currently at work on a book on Kant’s Critique of Judgment.