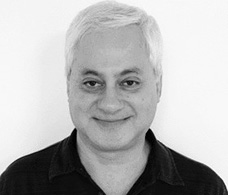 "The Ideology of Celebrity Humanitarianism"

Abstract: I argue that celebrity humanitarianism legitimates late liberal capitalism and global inequality. Drawing on Slavoj  Žižek, I show that celebrity charity work is deeply tainted and ideological. Its altruistic pretensions are belied by several accompaniments: its tendency to promote both the celebrity's brand and the image of the 'caring' (Western) nation; its entrenchment in a marketing and promotion machine that helps advance corporate capitalism and rationalises the very global inequality it seeks to redress; its support to a 'post-democratic' liberal political system that is outwardly democratic and populist, yet, for all intents and purposes, conducted by unaccountable elites; and its use and abuse of the 'Third World', making Africa, in particular, a background for First World hero-worship and a dumping ground for humanitarian ideals and fantasies. But I also underscore  Žižek's important point about our own complicity in this ideological work: as audience members and fans, or indeed even as detractors or critics, we too easily carry on our lives, consoled that someone is doing the charity work for us, just as long as we don't have to.

Biography: Ilan Kapoor is a Professor of Critical Development Studies at the Faculty of Environmental Studies, York University. He teaches in the area of global development and environmental politics, and his research focuses on postcolonial theory and politics, participatory development and democracy, and more recently, ideology critique. He is the author of  The Postcolonial Politics of Development (Routledge 2008), and more recently,  Celebrity Humanitarianism: The Ideology of Global Charity (Routledge 2013). He is currently writing a book on psychoanalysis and development. "Humanitarianism and Beyond: the Pasts and Futures of Care"

Abstract: This talk will explore the transformation of forms of political care, from government of the social, to humanitarian government, to the recent extension of humanitarian infrastructures and logics to the non-human. It will ask if this latest transformation means that there is an extension of the category of humanity itself, or if there is some other collectivity in formation. More broadly, it inquires into the futures of humanitarianism, and other politically engaged forms of care.

Biography: Miriam Ticktin is Associate Professor of Anthropology at the New School for Social Research in New York City, and co-director of the Zolberg Institute on Migration and Mobility. She is the author of Casualties of Care: Immigration and the Politics of Humanitarianism in France (University of California Press, 2011) and co-editor (with Ilana Feldman) of In the Name of Humanity: the Government of Threat and Care (Duke University Press, 2010), along with various other articles and book chapters. She is a founding editor of the journal Humanity: An International Journal of Human Rights, Humanitarianism and Development. 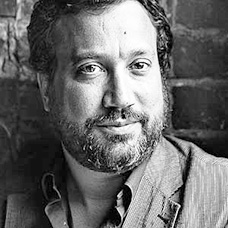 Abstract: "On the night of January 9, 2009, the Salha family were sleeping, and Gaza was under attack. They were woken by a loud bang at 3am: a missile, fired at the house, entered through the roof, and landed in one of the rooms. What the family did not know was that this was a warning. From that moment of impact, they had just three minutes before the house would be destroyed. After moments of terrified confusion they began to leave. A first group managed to escape but as the second group reached the bottom of the stairs, a bomb struck the building, killing six of them: Randa, 34; Fatma, 22; Diya, 13; Rana, 12; Baha, 7; and Rola, 1. These are the findings of an investigation, one of several produced for a UN inquiry into drone strikes by Forensic Architecture (opens in a new window) - a project based at the Centre for Research Architecture at Goldsmiths, University of London. We interviewed the surviving members of the Salha family in Gaza by satellite link from Al Jazeera's London offices, and built a 3D computer model of their home with them. Our work was an attempt to reconstruct what happened between the warning shot and the lethal shot. The architectural model provided an aid for the recollection of events obscured by time and trauma. It was evidence intended to counter the Israeli Army's version of the event and the legitimacy of its "lawfare". In this keynote address, Eyal Weizman will discuss Israel's use of 'lethal warnings' in Gaza, and the work Forensic Architecture.'

Biography: Eyal Weizman is an architect, Professor of Visual Cultures and Director of the Centre for Research Architecture at Goldsmiths, University of London. Since 2011 he also directs the European Research Council funded project, Forensic Architecture - on the place of architecture in international humanitarian law. Since 2007 he is a founding member of the architectural collective DAAR in Beit Sahour/Palestine.

His books include Mengele's Skull (with Thomas Keenan at Sterenberg Press 2012), Forensic Architecture (dOCUMENTA13 notebook, 2012), The Least of all Possible Evils (Nottetempo 2009, Verso 2011), Hollow Land (Verso, 2007), A Civilian Occupation (Verso, 2003), the series Territories 1,2 and 3, Yellow Rhythms and many articles in journals, magazines and edited books.He is currently on the advisory boards of the Institute of Contemporary Arts (ICA) in London, the Human Rights Project at Bard in NY, and of other academic and cultural institutions