A one-day workshop related to the ARC-funded project 'The quest for the 'I': reaching a better understanding of the self through Hegel and Heidegger' 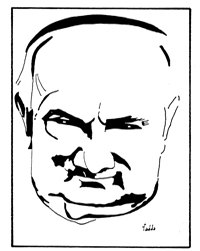 Supported by the Australasian Society for Continental Philosophy (opens in a new window) (ASCP) and by the Working Group in German Philosophy (WGGP).

Diego Bubbio (opens in a new window)Hegel, Heidegger, and the I: Preliminary Reflections for a new Paradigm of the Self
In a superficial sense, everybody knows what it means to be an 'I', in the sense that everybody has a basic practical knowledge underlying the use of that word. Nevertheless, this pragmatic structure depends on a paradigm that is not universal or immutable.  The Cartesian self can be regarded as the modern paradigm of the 'I', one that still underlie our society, politics, and way of thinking in general. This paradigm is, however, significantly marked with subjectivism.
In this talk, I contend that both Hegel's and Heidegger's philosophies can be regarded as attempts to overcome Cartesian subjectivism and to by-pass traditional oppositions between subjectivist and objectivist accounts of the 'I'. Thus, they can provide the resources to develop an alternative account of the 'I' more suited to face contemporary challenges.
First, I briefly consider the affirmation of the Cartesian model of the self. Then, I explore Hegel's notion of the 'I', stressing how Hegel takes up Kant's 'I-think' freeing Kant's philosophy from its subjectivism. Then, I submit that Heidegger's, in the 20th century, was similarly concerned with the overcoming of subjectivism, and that an analysis of his notion of mineness (Jemeinigkeit) and its development in the context of Heidegger's thought can support this argument.
Finally, I suggest that Hegel's and Heidegger's analyses can be used to elaborate an alternative and more flexible model of the 'I', which avoids individualism, allows thinking of the formation of the self as a collective enterprise, and thus provides the conceptual resources to transform our identity without losing it.

David Kolb (opens in a new window)Ontology, Necessity, SelfWhat is the ontology of the self in Hegel and in Heidegger, where "ontology" is used as in analytic philosophy discussions that tend towards reductionism? In different ways Hegel and Heidegger refuse this question (and its goal of one final language and list of ontologicalcommitments). They claim priority and necessity for their accounts of the conditions of the possibility of meaningful experience. But the kinds of priority they claim should be questioned and located in relation to scientific discourse, by distinguishing different kinds ofnecessary conditions.

Nikolas Kompridis (opens in a new window)
Struggling for Recognition or Building Receptivity? Rethinking Politics and Critique in the Age of the Anthropocene
In this paper, I argue for a shift of ethico-political paradigm from recognition to receptivity. The conception of receptivity I shall propose comes from a normative reconstruction and conceptual reformulation of Heidegger's ontological analyses of "world" and "disclosure," drawing additionally from the work of Emerson and Cavell. The proposed shift of paradigm from recognition to receptivity allows us to rethink our obligations to, and the challenges of, diverse others, human and non-human, in ways that overcome the limitations of Hegel's recognition model and its contemporary iterations. And it refigures 21st century politics as a politics of building receptivity rather than of struggling for recognition.

Simon Lumsden (opens in a new window)
Habit and World History: Hegel, Heidegger and historical change
Hegel's philosophy of history is fundamentally concerned with how shapes of life collapse and transition into new shapes of life. One of the distinguishing features of Hegel's concern with how shape of life fall apart and become inadequate is the role that second nature plays in the transition. A shape of life is an embodied form of existence for Hegel. The animating concepts of a shape of life are affectively inscribed on subjects through complex cultural processes. This paper examines the argument Hegel puts forward in his Lectures on the Philosophy of History for why civilisations come to atrophy. It compares Hegel's fundamentally normative view of historical transformation with Heidegger's comments on world history and authentic historicality in Being and Time.

Jeff Malpas (opens in a new window)
Self, Other, Thing
Topology or topography is a mode of philosophical thinking that combines elements of transcendental and hermeneutic approaches. It is anti-reductionist and relationalist in its ontology, and draws heavily, if sometimes indirectly, on ideas of situation, locality, and place. Such a topology is present in Heidegger and, though less explicitly, in Hegel. Such a topology is also evident in many other recent and contemporary post-Kantian thinkers in addition to Kant himself. This talk will explore the elements of such a topology with particular reference to the understanding of the self, and especially in regard to the way such a topology is articulated through the mutual inter-relation between self, other, and thing. Heidegger will loom large in this discussion, along with several other thinkers, but Hegel will also have a role to play. The primary emphasis, however, will be on gaining further insight into the idea of topology itself, along with the ideas it encompasses and to which it relates.

Dennis Schmidt (opens in a new window)
Monstrousness, Catastrophe, and Political Order: Hegel, Heidegger, and Antigone
Both Hegel and Heidegger turn to Sophocles' Antigone in order to formulate the most pivotal moment in the founding of ethical and political life. Both have quite specific concerns in their respective efforts to enlist this Greek text in order to expose the most intractable problems of the present age. Neither makes a sustained effort to "read" the tragedy, rather both "raid" it, finding in it something decisive about our times. What each finds in Antigone, but interprets quite differently, is a presentation of the force of antagonism, monstrousness, catastrophe, and death at the opening up of ethical and political life.
There are, of course, a great host of issues one could address in bringing Hegel and Heidegger together on Antigone. I will focus upon just a few of those: the significance death, in particular of the corpse, for understanding the realm of political life, the role of the work of art in introducing the possibility of ethical life, and the significance of war for the discussion of the political order.

Everyone is welcome to attend, but please note registration is essential for catering purposes. ASCP conference delegates should express their intention to attend when registering for the ASCP conference.