Dr Willis graduated with PhD in 2013 from WSU. His PhD was focused on developing new Brownian Ratchets using liquid crystal systems. After his PhD he completed two postdoctoral positions 2013 – 2015 and 2015 – 2017, the first with a focus on diffusion imaging in cancer tissues and the second on the development of MRI contrast agents. Since mid-2017 he has been the manager of and researcher in the Biomedical Magnetic Resonance Facility (BMRF) and a core member of the Nanoscale Organisation and Dynamics (NANO) group at the Western Sydney University (WSU). Scott’s research interests are with polymer materials and studying diffusion in anisotropic materials (e.g., lyotropic liquid crystals) but has been involved with research projects ranging from simple self-diffusion measurements to studying battery electrolytes, signal suppression and calibration methods. Aside from research positions and collaborations, Scott has supervised undergraduate classes and a Masters level unit, has given lectures to undergraduate students and visiting school groups, and has supervised and provided guidance and assistance to higher degree research students (both local and visiting international). 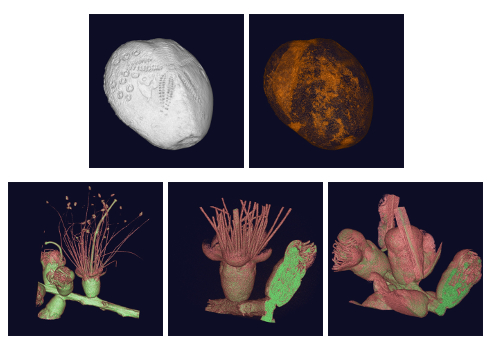 MicroCT images acquired on the Perkin Elmer Quantum GX MicroCT in the BMRF by Dr Scott A. Willis. Upper: 23-Million-Year-Old fossil of a Lovenia forbesi. (Sea Urchin Echinoid) from Mannum, South Australia. The white 3D rendering shows the outer surface and the orange 3D rendering shows some features inside the fossil. Lower: 3D rendered images obtained of a Red BottleBrush. 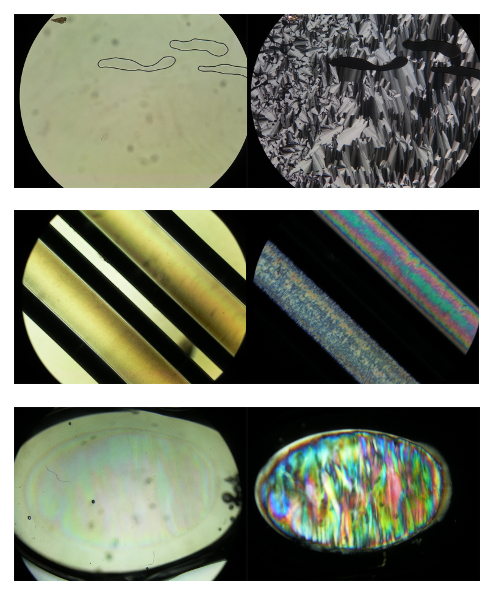