Dr Stait-Gardner is the Facility Fellow at the Western Sydney University node of the National Imaging Facility (opens in a new window) where he oversees external use of the 11.7T MRI, 7T Animal MRI and the Quantum GX microCT located at Western Sydney University's Campbelltown campus. He also conducts his own research in NMR diffusometry which includes theoretical simulation and pulse sequence design and is interested in speeding up diffusion measurements significantly while still retaining other information such as chemical shifts. Such fast diffusion sequences will not only allow for much more efficient use of NMR spectrometers but will also extend the application of diffusion measurements into previously inaccessible time domains.

These are an example of scanned images produced at Western Sydney University on the PerkinElmer microCT and the Bruker spectrometers in the Biomedical Magnetic Resonance Facility. 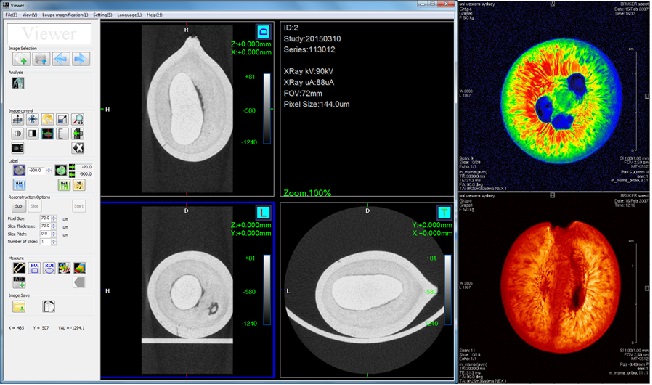 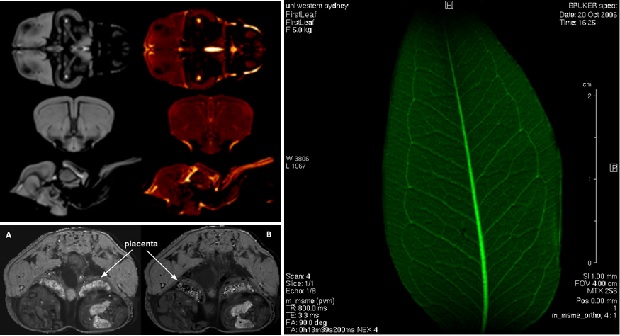