Dr Gang Zheng started his scientific research career in 2003 while pursuing a MEng degree at HUST (China). His early research interests focused on the development of novel QSPR and QSAR models for predicting the chemical and biological properties of persistent organic pollutants (POPs) by utilising artificial neural networks (ANNs). In 2005, he moved to Sydney to pursue a PhD in nuclear magnetic resonance (NMR) on an IPRS scholarship under the supervision of Prof. William S. Price. He finished his PhD study in three years with four high quality journal publications that have already received more than 120 citations in total. After working as postdoctoral fellow in Prof. Price’s group for one and half years, he secured a research lecturer position at Western Sydney University in 2010.

Since then, his research has been focusing on the development of novel diffusion NMR techniques and their applications in environmental and food sciences. Recently, he has also developed research interests in the study of proton exchange by NMR saturation transfer. A study on thiol-water proton exchange led by Mr Johnny Chen (Gang’s PhD student) has given birth to some exciting findings, indicating the potential application of a commonly used pharmaceutical drug, n-acetylcysteine (NAC), to the generation of magnetic resonance imaging (MRI) contrast. 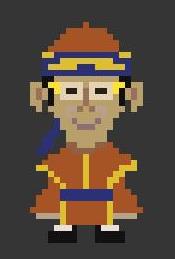