Water is essential to human life and the health of environment. The Hawkesbury-Nepean River is the largest and one of the most important river systems in NSW. It acts as a complex, living entity by providing habitats for numerous native plant and animal species, supplying fresh drinking water, and supporting many of Sydney’s critical industries. Water is necessary not only for life to exist, but to also flourish.

Since European settlement, the river has been increasingly relied upon to meet the demands of our growing population. It now provides 97% of the fresh drinking water for more than 4.8 million people living in and around Sydney. It also supports the agriculture and aquaculture industries that provide much of Sydney’s fresh food, as well as supporting other mining, manufacturing, processing, recreation, and tourism industries. In many ways, the river underpins the development of Sydney itself.

As a result of increasing pressure, the health of the Hawkesbury-Nepean River system has declined over time. Population growth across Sydney has resulted in large volumes of water being taken out of the river for drinking water, irrigation, and industrial uses. Pollution and high nutrient levels from agricultural, urban, and industrial runoff as well as treated sewerage from the number of sewerage treatment plants has contributed to the degrading river system.

As a city and people, we owe much of our achievements to the Hawkesbury-Nepean River system. However, the water that pours downstream for us is but a trickle compared to what the river and its’ ecosystem needs to flourish. By giving back to the river as it has given us, we can ensure that the future of the river, its’ plants and animals, and ourselves will grow and prosper. 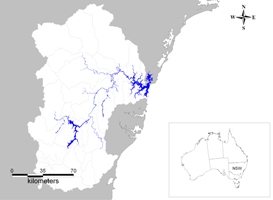 0 square kilometres (2.2 million hectares). The river flows from south of Goulburn to Broken Bay, approximately 470 kilometres in distance, making it the longest coastal catchment in NSW.

The Nepean River subcatchment lies on the Greater Blue Mountains World Heritage Area through to agricultural and rural-residential properties and there are also significant urban and industrial areas in this subcatchment, including the city of Penrith. The subcatchment extends from Camden to the confluence with the Grose River near Yarramundi.

What is a catchment?

A catchment is an area of land, usually surrounded by mountains or hills, over which water flows and is collected. When water reaches the lowest point in a catchment, it eventually flows into a creek, river, lake, lagoon, wetland or the ocean.

Our Current Focus Areas and Activities along the River 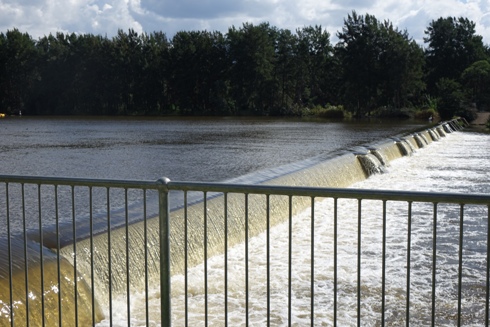 Penrith is located 50 kilometres west of the Sydney CBD, New South Wales, in the local government area of Penrith. Students groups from the University of Western Sydney carry out annual water quality testing in the Nepean River above and below the weir, as well as in Peachtree Creek and Boundary Creek at Penrith. 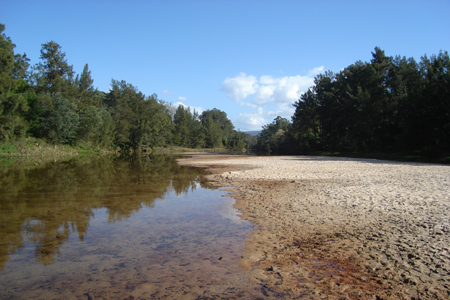 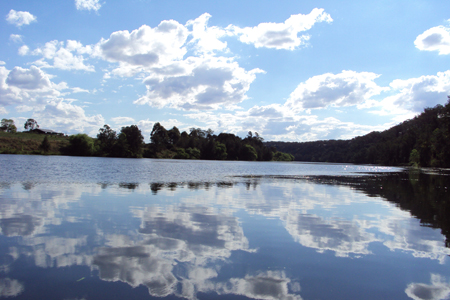 Windsor is located 55 kilometres north west of the Sydney CBD, New South Wales, in the local government area of the Hawkesbury. The HNRWA has begun annual microplastic counts at Windor Beach. Students groups from the Western Sydney University also carry out annual water quality testing in the Hawkesbury River and South Creek at Windsor. 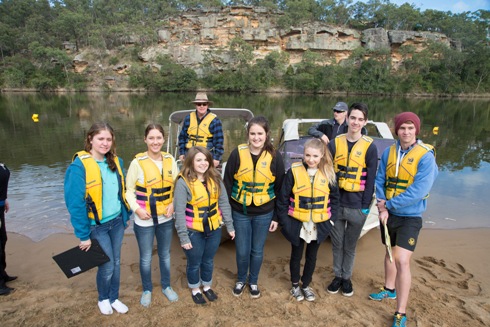 Sackville is located 80 kilometres north west of the Sydney CBD, New South Wales, in the local government area of the Hawkesbury. Students groups from the schools all over Sydney in conjuction with Brewongle Environment Education Centre carry out annual water quality testing in the Hawkesbury River at Sackville. 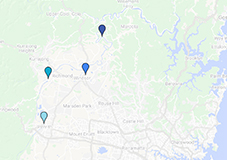 Find out more about our key activities along the Hawkesbury-Nepean 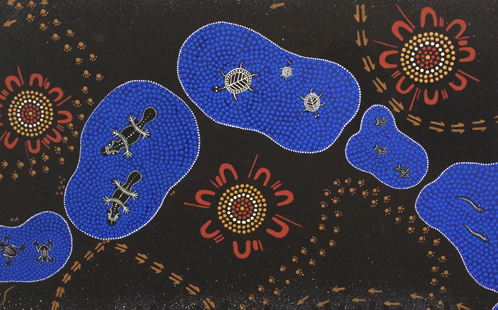 Go on a journey through Darug and Darkinjung Country on Dyarubbin, the Hawkesbury River 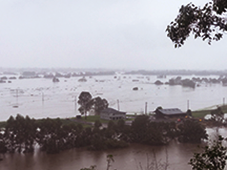 Check out the Hawkesbury Council Disaster and Emergency Dashboard for up-to-date information and resources.