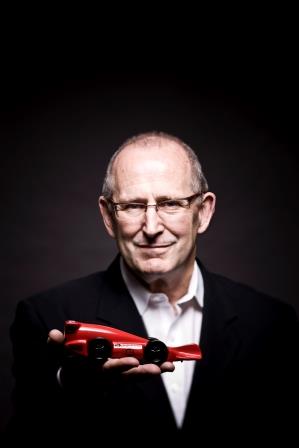 Michael began his career as a Mechanical Engineer, and has been involved in implementing computer aided engineering technology in organisations around the world. From leading the development and use of 3D printing for craniofacial constructive surgery through to the design of trains, planes & automobiles his clients have included Toyota, BOEING, British Aerospace, Lockheed Martin, Australian Submarine Corporation, Tata Technologies, Chinese Air Force and the Indian Navy.

With the goal of inspiring students to take up careers in Science, Technology, Engineering & Mathematics (STEM) Michael founded the Re-Engineering Australia Foundation in 1998. To date REA had mentored over 600,000 Australia students through its STEM based career intervention programs with 63% changing their career aspirations to be STEM based.

Michael has a Bachelor of Engineering, Masters & Doctorate in Business Administration, is the current President of Engineers Australia Sydney Division and is one of Australia's 100 most influential Engineers. In 2012 he was awarded the Order of Australia Medal for his services to youth through the Re-Engineering Australia Foundation. 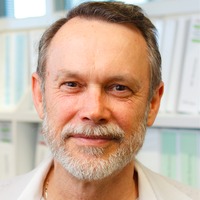 Director, Educational Innovation & Research
Faculty of Engineering & Information TechnologyUniversity of Technology Sydney
Roger is a civil engineer with more than 25 years of research to improve engineering education. He has published many papers on problem- and project-based learning (PBL), and the use of online technology to support student-centred learning to meet the needs of engineering employers. He was instrumental in introducing a project-based curriculum in civil engineering at Monash University and in several disciplines at RMIT between 1998 and 2005. Roger has been a member of several national learning and teaching projects and he has consulted on PBL to universities both nationally and internationally.

His teaching has also been well recognised with a national and several UWA distinguished teaching awards, and also awards for papers at international conferences on engineering education. His most recent work is research on engineering practice that aims to understand how engineering work is actually performed, an aspect of engineering that has not been researched before. This research helps to explain why services in low-income countries such as safe drinking water usually cost much more than in industrialised countries, helping to explain continuing poverty in many countries. His new book, The Making of an Expert Engineer, provides solutions that could help eliminate most of the poverty we see today. 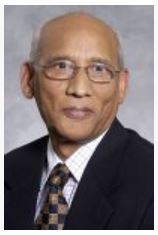 Prof Singh is one of the most distinguished engineering academics who has authored 853 journal papers, 314 conference papers and 24 text books. His Google scholar citation exceeds 33,000. He will present a keynote address on 'Re-engineering Engineering Education" at iCEER2016. Professor Guy Littlefair is Pro Vice-Chancellor Industry Development at Deakin University. He is a senior academic leader with over ten years' experience developing and implementing strategies, objectives and policies and navigating change to effectively manage the financial and human resources of university operating units in Australia and New Zealand. Guy has an exceptional 25+ year record in engineering industry, research and academia.

Previously the Dean of Engineering at Deakin University, Professor Littlefair is internationally regarded as an expert in the field of advanced manufacturing, having led teams of researchers in UK, New Zealand and now Australia focusing on the processing of materials. In these leadership capacities Professor Littlefair has worked with some of the world's most innovative research-led organisations, including Rolls Royce, DeBeers, Toyota, Jaguar Land Rover and QinetiQ.

Professor Littlefair was the Visionary and Architect of the $5M CADET Initiative at Deakin officially opened in 2015 which is seen as a benchmark for industry engagement and engineering education in Australia.

Jonathan Ashley Brinson is the Warren Centre's Executive Director having joined the organisation in July 2014. Ashley has a broad range of experience across the technology and innovation spectrum and over 25 years' experience in chemical engineering. Ashley is an inventor, named on five US patents in chemical engineering design. With extensive experience in the silicon industry, Ashley has designed, built and managed large scale industrial plants in the US, UK and China. Ashley led cutting-edge robotic solar energy application development and marketing programs in China, Korea, California and Europe prior to coming to Australia to further his knowledge of intellectual property at the University of Sydney.

Ashley holds a Bachelor of Chemical Engineering from the Georgia Institute of Technology, an MBA from Rutgers University New Jersey and a Juris Doctor from the University of Sydney Law School.