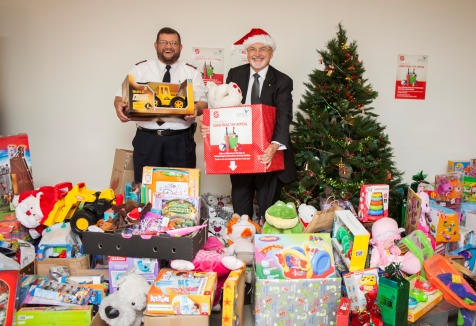 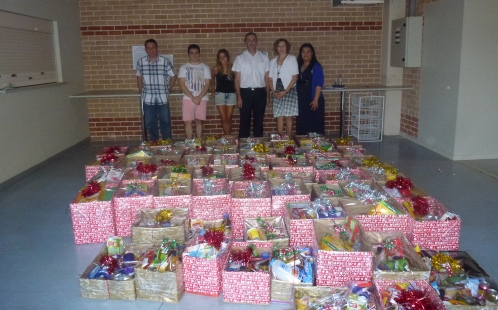 While many families gathered to share a special meal and exchange gifts over the holidays, there were others less fortunate to whom 2013 had not been kind. In October, bushfires destroyed and damaged hundreds of homes in the Blue Mountains. In a tremendous show of support, the University, its staff and students donated more than $50,000 to the UWS Staff and Student Fire Appeal.

This support did not falter when, at the end of 2013, the Chancellor’s Christmas Toy Appeal called for donations of toys and gifts to The Salvation Army. More than 500 toys and gifts were donated which were distributed to bushfire-affected and other disadvantaged families in time for Christmas.

“I have been overwhelmed by the munificence of the UWS family in responding to the Appeal,” said the Chancellor, Professor Peter Shergold. “It reveals not only the big-heartedness of our staff and students but also the manner in which the University identifies with the Greater Western Sydney community.”

Major Darrell Slater accepted the toys on behalf of The Salvation Army and was thankful for the generosity that UWS has shown.

The kindness of the UWS community was further displayed when the Student Administration (Services) team called for donations to hampers which were given to The Salvation Army. A total of 64 hampers were created, which included unperishable foods and toiletries.

“Along with the donated goods, we raised a total of $790, which went towards purchasing extra items for the hampers,” says Diana Calderan, Assistant Academic Registrar – Student Administration (Services). “This meant that 64 families were able to have a merrier Christmas. Phil Gluyas, local Chaplain of the Salvation Army, thanked all staff and students for their efforts when gratefully accepting the hampers. He acknowledged that it would make a difference to many families. Thank you to all who donated items, money or time to make the drive such a huge success.”

With the generous spirit of the UWS community shining over the holiday season, there are many families whose Christmas was made a little brighter. Thank you to everyone who generously donated to these appeals.