Muslim Women and Sport in Australia

Dr Jennifer E. Cheng from the Religion and Society Research Cluster at Western Sydney University is investigating the relationship between Muslim women and sport through the Auburn Giants AFL team. This project has been partially funded by the Herbert and Valmae Freilich Foundation at the Australian National University which 'exists for the study of all kinds of bigotry and the promotion of diversity and inclusion.'

This project explores the Auburn Giants, an AFL team in Sydney set up by a Muslim women and comprising mostly of Muslim players. 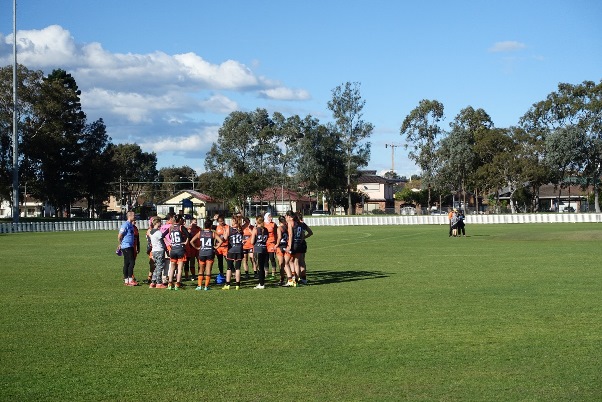 Fieldwork for this project involved 14 one-on-one interviews with players from the Auburn Giants which took place from August to September 2016.

Preliminary findings from the project show that:

The preliminary findings were presented at the "National Multicultural Women's Conference" in Sydney in November 2016 and at the Australian Association for the Study of Religion conference in Melbourne in November 2016. This project will have important policy impacts as several sporting associations, such as AFL NSW/ACT and Netball Australia are looking at more ways to include diverse communities around Australia. Furthermore, the findings are important in combatting negative stereotypes around Muslim women, their capabilities and their place in Australian society. This project can reshape policies around Muslim women which, instead of assuming deficits and disengagement, frame Muslim women as skilled, resourceful and engaged.