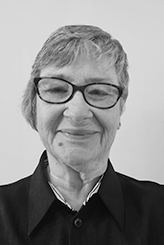 Professor and Chair in Social Capital and Sustainability

Rosemary Leonard was born and raised in cities in Australia. After her undergraduate degree in psychology, she worked as a researcher in the NSW Bureau of Crime Statistics and Research and then the Cumberland Disability Education Program. After Honours and PhD studies at Macquarie University, she became a lecturer in social science at the University of Western Sydney where she focused her research on women’s life course and social capital. After promotion to Associate Professor she became Director of the Social Justice and Social Change Research Centre in 2007. From 2011 to 2015 she took leave from the university to become Senior Research Scientist at CSIRO and returned to Western Sydney University in 2016 as Chair in Social Capital and Sustainability.