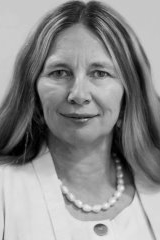 Professor and Chair of Mental Health

Professor Hay is an academic psychiatrist who is recognised internationally for her expertise in reducing the personal and public health burden of eating disorders and obesity. She has over 200 peer reviewed publications, written and co-edited several books, and has won several awards, notably the 2015 Australian and New Zealand Academy Lifetime Achievement award. In 2013 she was elected Fellow of the international Academy for Eating Disorders. She is the founding Editor-in-Chief of the first online journal in her research area Journal of Eating Disorders. (opens in a new window) She is a past-President of the Australian Academy for Eating Disorders.

Professor Hay is committed to research that results in a better understanding of eating disorders to reduce the individual, family and community burden. Her current research focuses on randomised controlled trials of interventions for anorexia nervosa and other eating disorders, as well as public health and community interventions that will reduce barriers to accessing care. She led the working group for the Royal Australian and New Zealand College of Psychiatrists national guidelines for eating disorder treatments. Other studies have explored the diagnostic status of disordered eating behaviours and eating disorder mental health literacy in the community, clinical and professional samples. She is a principal reviewer and writer of systematic reviews internationally in the field of eating disorders for the highly regarded Cochrane Library and Clinical Evidence. This work led to selection of a review for publication in the British Medical Journal. She has also received recognition through being invited to submit articles and commentaries to Australasian and International journals, publications and books.