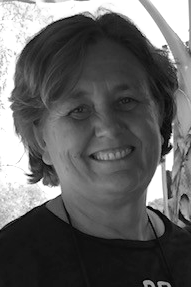 I am a senior lecturer in the School of Nursing and Midwifery at Western Sydney University, Australia. I have 27 years clinical experience in mental health, drug and alcohol nursing and HIV. My academic background is in the humanities and my research program examines historical and literary representations of mental illness after childbirth to investigate the cultural background of stigma.

I am very interested in how the arts, such as drama and performance can be used to disseminate research findings in health. This interest was sparked when my historical research was incorporated in a play, Mockingbird, which has been performed throughout New Zealand, Sydney, Norway and Melbourne. Mockingbird tells the story of four generations of women in one family who have been affected by mental ill health in the perinatal period. These stories were based on writer/performer Lisa Brickell’s family stories and myinvestigation in historical healthcare records of women who had been admitted to Gladesville or Callan Park mental health facilities in NSW from 1885 to 1955.

View the Mockingbird Trailer (opens in a new window)

Mockingbird creates a powerful format to raising awareness about perinatal mental health because the women presented in the play are embodied and they are given a voice to speak their truth. This takes the women away from the medicalised accounts normally used to describe their mental illness, often based on the healthcare professionals observation of their behaviour, to the women’s lived experience. This includes their experience of treatment and care. It is a very powerful way of connecting the women with the audience, evoking an empathic response to their situation. Also, it becomes an opportunity for the audience to consider their own response and attitude to mental illness because the audience is asked to understand mental illness from the women’s point of view. In short, it encourages the audience to see the issues around perinatal mental health in a new way and to start conversations about how health outcomes from new mothers and their babies can be bettered by improving models of treatment and care.

I am also interested in communication systems in nursing. I began my research career at the Centre for Applied Nursing Research which is a joint facility between South Western Sydney Local Health District and Western Sydney University with an interest in communication systems in nursing. In collaboration with other researchers, I developed evidence-based policies in nursing documentation, nursing clinical handover and the nursing support of patient nutrition. These policies have become official policies throughout both Sydney and South Western Sydney Local Health Districts. This remains an area I continue to research and teach.