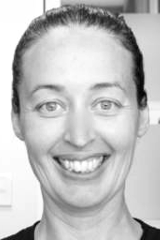 Tania completed her PhD in 2012 in the area of mindfulness-based cognitive therapy for bipolar disorder from the University of New South Wales, Sydney.

She attained a Bachelor of Psychology (B Psych. Hons.) 2003 from the University of New England, Armidale, NSW and a Post graduate Diploma in Social Health (PGDipSocHlth) in 2005 from Macquarie University, Sydney NSW.

She worked previously with the Black Dog Institute and the School of Psychiatry, University of New South Wales.  She has been involved in several research trials examining the effectiveness of psychological therapies in the treatment of bipolar disorder and depression. She has also participated in longitudinal studies of young people 'at risk' of developing bipolar disorder and in the area of adolescent mental health.