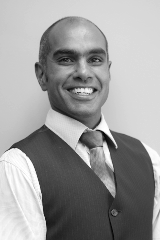 Dr Cheema joined Western Sydney University in 2009 as a Senior Lecturer of Sport & Exercise Science. His research to date has demonstrated the effectiveness of exercise training in chronically diseased and at-risk populations, including individuals with end-stage renal disease, breast cancer and type 2 diabetes mellitus. He is also interested in investigating the health benefits of yoga, meditation, and multi-disciplinary interventions and currently collaborates with colleagues in Traditional Chinese Medicine, the Nutritional Sciences, Medicine, and Nursing and Midwifery. Prior to moving to the University in 2009, Dr Cheema lectured at Massey University in Wellington, New Zealand, for a period of three years (2006-2008). He has earned advanced degrees in Exercise Science from the University of British Columbia (1999) and the University of Victoria (2002) in Canada, and completed his doctorate at the University of Sydney, Australia (2006).