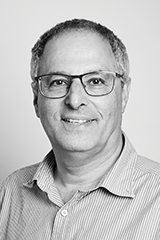 David is a Distinguished Professor of Medicine at the Western Sydney University Macarthur Clinical School, Head of the Campbelltown Hospital Endocrinology Department, Chair of the Campbelltown Hospital Clinical Council, Director of the Diabetes Obesity and Metabolism Translation Unit (DOMTRU) and Co-Director of the Diabetes Obesity and Metabolism Clinical Academic Group of the Sydney Partnership for Health, Education, Research and Enterprise.

From 2007 to 2014, he was the lead diabetes consultant at Cambridge University Hospitals NHS Foundation Trust, overseeing major changes in the local model of care.  Between 2003-2007 he was the inaugural Professor of Medicine at the University of Auckland Waikato Clinical School, New Zealand and 1998-2002 he was the Foundation Chair in Rural Health at the University of Melbourne, Australia.  During this time he established a full department, a clinical school (where he was acting Dean) and a range of undergraduate, postgraduate and research activities relating to rural and indigenous health.

With over 385 refereed publications, he has won several national and international awards for his work in diabetes epidemiology, diabetes in pregnancy and diabetes service development.  Professor Simmons was awarded the Norbert Freinkel Award 2020 from the American Diabetes Association for his work in Diabetes in pregnancy. He is a past president of the Australasian Diabetes in Pregnancy Society (ADIPS) and was a member of the World Health Organisation technical working group on the criteria for hyperglycaemia in pregnancy.  He was previously the chair of Diabetes UK Health Professional Education Steering Group. He was a visiting Professor to the University of Orebro Sweden and is a Professorial Fellow at the University of Melbourne.