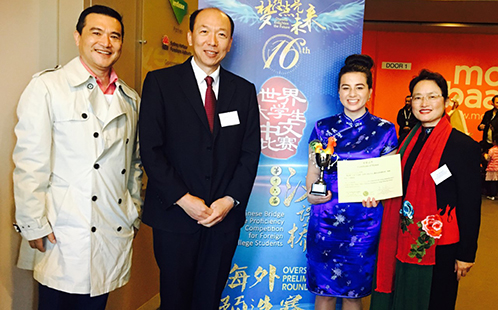 Western Sydney University has continued to shine at the 16th Chinese Language Bridge Competition, reflecting the consistently excellent performance of the students and the WSU Chinese program. The Chinese Language Bridge Competition is an annual competition for non-Chinese speaking university students. The winners of first and second places will go to China for the final international competition. 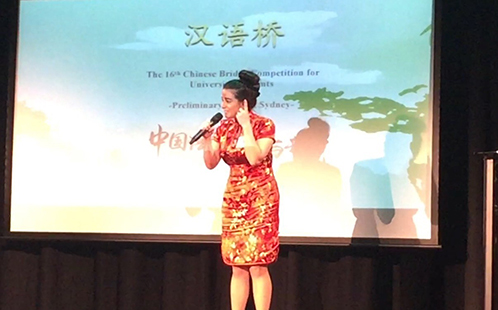 Jenny and Asabell, both are in their second year of Chinese language study in the School of Humanities and Communication Arts. They competed with the best 12 contestants from across Australia in the categories of Mandarin: Chinese speech and Chinese cultural arts performance for non-Chinese university students.

The competition was very intense. Jenny's Chinese speech "Chinese language and me" told a very touching story about her Chinese learning experience with humour, blending tongue twisters and classical Chinese poems. Her fluent delivery of Chinese four-tones tongue twisters and her native-like pronunciation impressed the judges, while her cultural arts performance of simultaneous Chinese painting and singing enchanted the audience. Asabell's Chinese speech and performance successfully joined Western Guitar with Chinese song and Chinese stories. Asabell bravely chose complicated Chinese lyrics but the profound emotion they were expressed with evoked a rapturous reception. 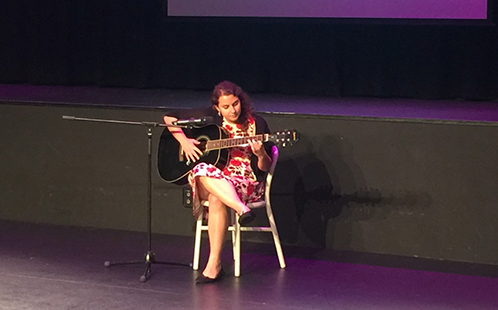 Over the past nine years, WSU has won either first or second place in the global Chinese Bridge Competition in Australia including Jenny and Asabell's achievement. These incredible results reflects the strength of our Chinese Teaching team and Chinese language programs.

Jenny will go to China to attend the final competition. She was also awarded a Chinese government Scholarship to study in China. Asabell will bring this amazing experience back to Sweden.

These achievements have been made possible thanks to our dedicated Chinese teachers: Xiang Chen, Linda Gu, Chong Han, Leesing Lau, Wanhua Wu and Lijiang Zhao (in alphabetic order) and our innovative Chinese and Bilingualism programs. Lijiang Zhao deserves particular mention for his close mentorship of the students especially over the month preceding the competition. We want to thank our Dean of School, Peter Hutchings for his wonderful support, as well as the others, too numerous to name here, who have helped us in a whole range of ways.